Hello everyone! Yes, your peepers aren't playing tricks on you, this is indeed a new post on 23GT. Okay, it's only been 16 months since the last one but hey, good stuff takes time to develop - just like putting water and wheat together doesn't magically turn into wonderful, fun times-inducing Absolut overnight.

No doubt you're wondering what happened to put an abrupt end to the blog posts like a stolen Pontiac Grand Am hitting police spike strips. Some of you may have thought my Nismo R32 build ran into an insurmountable hurdle and I decided to bail on it like drunk juvies from said stolen Grand Am. No, the R32 is actually looking better than ever with a lot of engine bay porn and a very presentable interior well above the spartan '90s original. Okay, the AC compressor gave up the ghost and it still needs some final tweaks but no, it didn't end up in Tijuana as a burnt out shell while some Mexican drug lord hauls butt in a Nismo RB26-powered sand rail. Here are some pics as a teaser until I can do a proper Progress Bar post to catch everyone up on things. 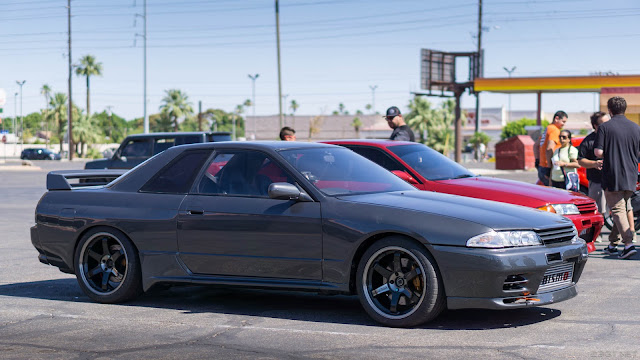 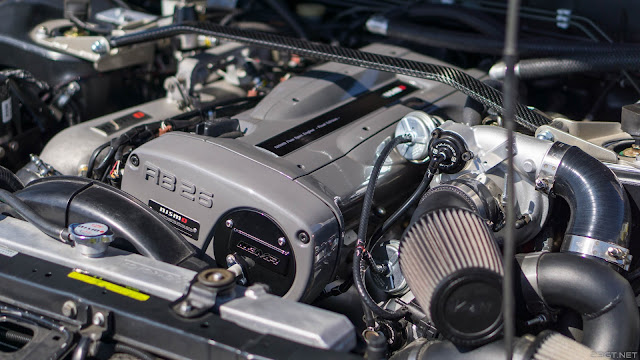 Maybe my beloved R35 suffered from a bad divorce between its crankshaft and a couple of con rods? All those hundreds of horsepowers had to unleash the apocalypse sometime right? Thankfully no, and hopefully that sort of drastic engine failure never happens. I did have to deal with an annoying electrical fault with the driver-side speakers that took forever to troubleshoot until I finally got it fixed but the car itself was still regularly capable of busting out panty-rippling pulls and triple-digit speeds...in Mexico...yeah, Mexico, absolutely none of that stuff was done on American soil except for the odd trackday. Yes officer, my elderly neighbor will swear by that – I drive her down all the time to buy her prescription meds from south of the border 'cause I'm just a good samaritan.


So no, my GT-Rs didn't suffer any Infinity War-style world-ending catastrophes (on that note, really Starlord? What the F, man?) But the long process of restoring my R32 and the interminable search for a fix to my R35's minor but really annoying niggle (hey, when your car seems perfect to you in every way even little things will drive you nuts!) did dampen my enthusiasm for a bit.

All of that combined with a lot of stress at work ultimately made me want to step away from cars and the blog for a bit and do other stuff. The main other stuff I did was a lot of this... 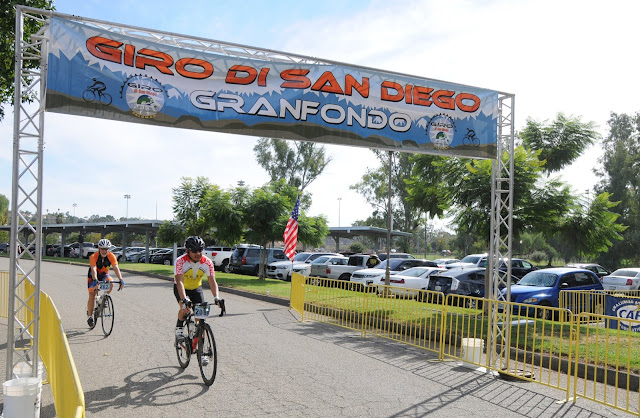 which ultimately led to a lot of this... 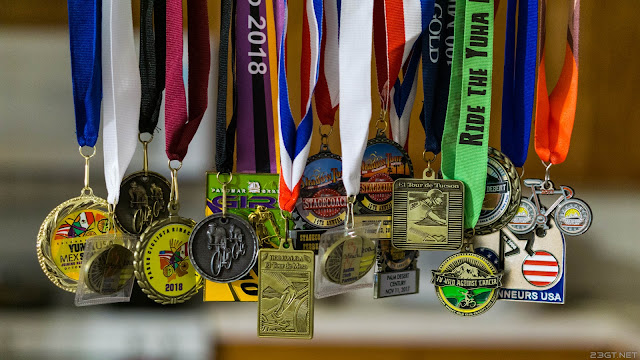 No, I didn't shoot up a bunch of Epo and Lance Armstrong all the things. Those medals look impressive but they're mainly from charity events so think of them as participation awards. Yup, just like the fat kid everyone laughed at in grade school those rides take pity on slow guys like me and give you a medal even if the homeless guy with a bike trailer full of aluminum cans blitzed by you on the final stretch.


But I was glad I took up cycling. I had fun, made new friends, learned I can push my limits harder than I thought, worked off a lot of my stress, and I feel fitter than ever! I'm still cycling but I plan to go a little less crazy with the training now.

I didn't completely ignore cars though during my hiatus. While doing some traveling I managed to find my way into a Nissan dealership in Taipei...

...which sadly had no GT-Rs or anything else remotely sporty for that matter. It did have this Livina MPV which interestingly had a head-up display! 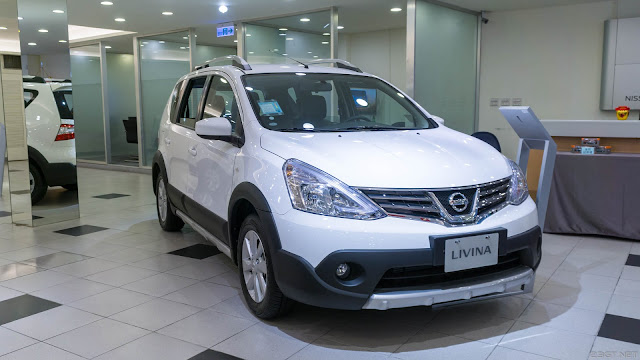 And on yet another return trip to my old home of the Philippines I checked out the new Terra SUV. 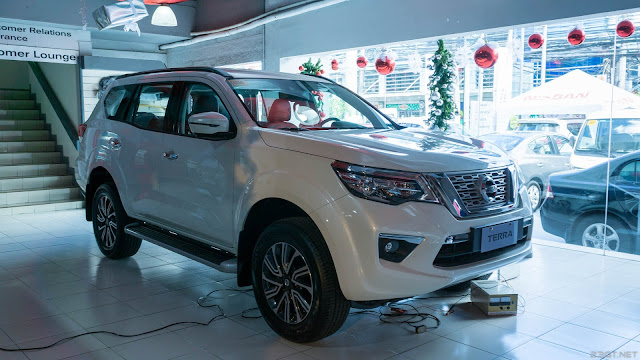 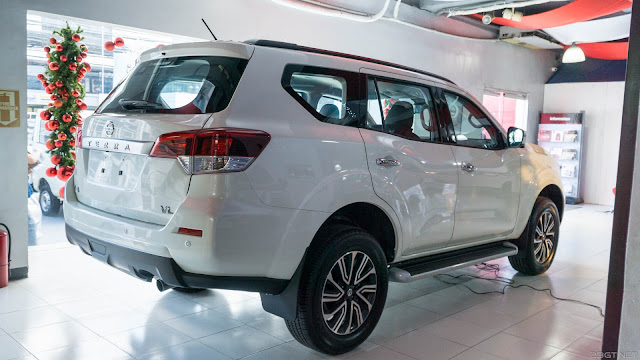 I didn't get to test drive it sadly but maybe on my next trip in a few months I can see how much of Nissan's off-road DNA survives in it. 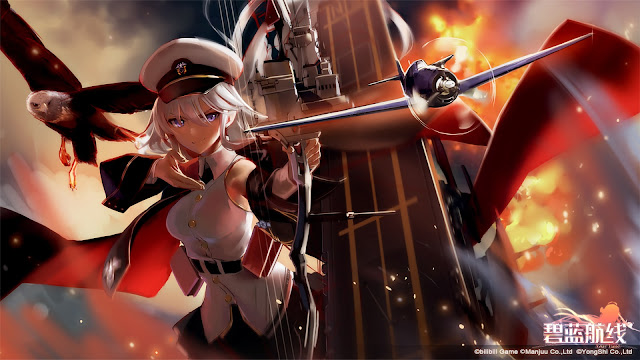 If you've never heard of Azur Lane and other gacha style mobile games do yourself a favor and stay away from them! They are like the vampires of the gaming world and will suck you dry in their never-ending desire to hoover up your time until you withdraw entirely from real-life, your few remaining friends abandon you, and the neighborhood kids start talking about that one scary house with all the weeds and only a single dim light visible through the windows while a creepy voice mumbles “Oh yes, my precious Atago, you look so sexy tonight just like every night. He he he.”


Thankfully I avoided that fate thanks to the support of my loved ones and I'm now once again a normal functioning member of society. Well, somewhat normal at least.


Anywho, I fully intend to get this show back up and running with more informative articles on GT-Rs, Nissans, cars in general, and the odd piece of trivia. I've been prepping myself to make a strong comeback – just like Rocky, baby! Cue the training montage!


So you can look forward to a full update on my Nismo R32 (as soon as I can do a proper photoshoot with the new carbon hood on), updated articles on getting R32 parts, maybe the odd rant or two about how Nissan needs to get off their ass with the R36, and hopefully if all goes well I may have a big surprise coming in a few months as well.

While I'm trying to come up with more interesting articles, please feel free to post comments below if you have any suggestions on topics you'd like me to write about.