It may shock you to find out that a total of 296,087 units of the Skyline R32 were sold starting from 1989 to 1994. That averages to about 48,000 cars a year over the production period. To put that in perspective, that's almost the same number the Nissan Maxima sold here in the US in 2014. How the heck can a performance car that seems so rare have sold in similar numbers to a high-volume sedan?

A lot of people who know of the Nissan Skyline think all Skylines are GT-Rs – the same way some people think all ricers drive Hondas and all Ferraris are red (some are blue with Nyancat decals) - and don't realize that the Skyline marque is actually a range of cars that include 4-door sedans as well as 2-door coupes with less powerful engines and either RWD or AWD, not just the top-of-the-line GT-Rs that only came in coupe form with the RB26DETT and all-wheel-drive. As a result, those sales numbers are for all the types of R32 Skyline and only about 15 percent of that total production were GT-Rs. However, that translates to 43,834 GT-Rs sold in total which is still a pretty high number.


Here in the US, Skylines are rare because they were never sold here officially but there are some Skyline models that were limited in numbers to begin with.


The two most famed limited edition R32s are the race specials – the Nismo and the N1.


The Nismos were named after Nissan Motorsport – the racing arm of Nissan Motor Company. At the time, they wanted to enter the R32 in Group A touring car racing but the rules required that you had to have at least 500 examples made of the production car to allow certain features to be used on the race car (a process called homologation). So they made exactly 500 Nismos, plus another 60 for race teams. The first six were made in 1989 and the rest in 1990 – sales to the public only started with the 1990 cars however and the first ones became race cars.


The body kit that Nismo designed for the homologated cars included the following:


In the engine bay, new turbochargers were fitted that had a steel turbine instead of the ceramic ones on the regular car that had been known to crack when boost was increased.


All Nismos were also only sold in the Gun Metal Gray color originally (paint code KH2). A Nismo in any other color has been repainted.


On the right side of the trunk, the cars had a special oval Nismo decal on the right side. A lot of cars have had this removed because it was just a sticker instead of a badge and so didn't age as well. Mine had it missing but I was able to get a replacement from Japan.


A lot of R32s have been modified by their owners to be Nismo clones but there are certain features that are telltales of a real one:


ABS was deleted so if you inspect an R32 Nismo and compare it to a regular R32 GT-R you'll notice the engine bay will be missing the ABS module on the passenger side firewall and only two brake lines will cross over from the brake master cylinder on the driver side instead of five. The firewall brackets for the brake lines are different as a result since they're designed to hold only two lines. On the passenger side front wheelwell you'll see that the two holes where the ABS module bracket would mount on a Nismo are instead covered by two rubber plugs.


For weight reduction, the rear wiper was deleted so the rear glass has no hole at the base. All told, the cars saved about 30 kgs over regular GT-Rs.

Another lesser known change on the Nismo R32 is inside the car. On the right side of the instrument binnacle R32s had a pair of ancillary buttons to control the radio just below the hazard light switch. Nismos didn't have these switches and instead had just a blank plate.


The Nismo race cars eventually went on to dominate Japanese Group A touring car racing – since the model's debut they had an undefeated record of 29 wins out of 29 races from 1989 to 1993. In Australia, the R32 also dominated the Australian Touring Car Championship - winning the title in 1990, 1991, and 1992, a stranglehold that was only stopped when the GT-R was banned from the ATCC. By that time, the Australian press had labeled the R32 as “Godzilla” - a name that's stuck to subsequent generations of the GT-R. 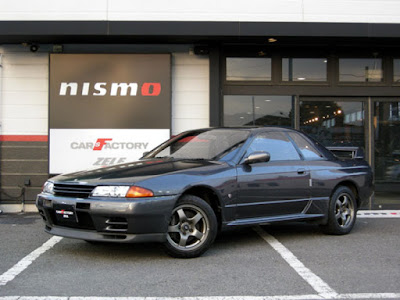 Because of that motorsport connection and the limited numbers, Nismo R32s now command a premium price over regular GT-Rs, usually 1.5 to three times the going rate for ones in similar condition.


The N1 cars were also meant for motorsport. This time it was for the Group N production-based endurance racing regulations– N1 being the category of those rules that was the basis in Japan for the Super Taikyu endurance series.


To optimize the cars for Group N, they had the Nismo body kit and also had the rear wipers and ABS deleted but the weight reduction went a step further than the Nismos with no AC or stereo being fitted to the cars (although apparently the AC could be put back as an option).


More weight was shaved on most of the N1s with a simpler headlight design that had no projectors.


The weight saving even went to the extreme of a thinner application of the Crystal White coloring (paint code 326). Similar to the Nismos the N1s only came in one color.


The engine was also modified with a stronger N1 block and modified N1 water and oil pumps meant to work better under the prolonged high-rpm stress of endurance racing. The brake rotors were also solid instead of cross-drilled for more longevity.
No special badging on the outside distinguished the N1s unlike the Nismos with the decal on the trunk.


Only 245 N1s were ever made so they're even rarer than Nismos but instead of being easily distinguishable from other GT-Rs by a distinct serial number they could only be distinguished by the model code – which should end in a ZY or ZN (the former for non-V-spec versions). That's because the N1s were more of an option package (like the famous old Z06 or Z28 codes from GM) than an actual model that Nissan meant to do a specific limited run of . You basically ordered an N1 from Nissan and a car was then plucked from the line and built to suit. This explains why the info on the N1s can be rather murky – for example info varies on which accessories were optional or not. It also accounts for why there are “regular” N1s and “V-spec” N1s.


In contrast, the Nismos were meant from the start to be a specific trim level distinct from regular GT-Rs and built to a pre-planned total of 560. Nissan apparently stopped at 245 with the N1s because that's how many were ordered – so conceivably there could have been thousands of them if there were enough people crazy enough to do without AC and stereo and a proper paint job. The N1s were eventually built from 1991 to 1994. 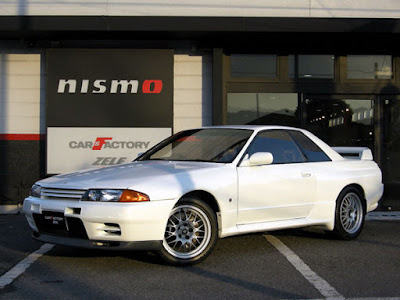 Two other limited edition models were made of the R32 GT-R but they sold in much higher numbers. They were the famous V-spec or Victory Specification models that were so named because of the GT-Rs racing success. They were basically regular GT-Rs with the same standard equipment as other cars except for slight changes in the wheels, tires and brakes. A V-spec badge was added on the trunk to designate these cars.


The V-spec I which sold 1,396 units (not counting N1 versions) was introduced in 1993 and had 17-inch mesh BBS wheels because the race rules had started allowing 17-inch wheels instead of the old 16s. There was a slight reprogramming of the ATTESSA system and Brembo brake calipers were also added. You can see the newer wheels in the images of the N1 above.


In addition to these four more well-known limited editions there were two much more obscure limited edition R32 Skylines which we'll talk about in part 2 of this article so check back in a few days for that!

NOTE: This article was edited on May 25, 2020 to add some better pictures, subheadings for more clarity, and update certain information such as the source list below.