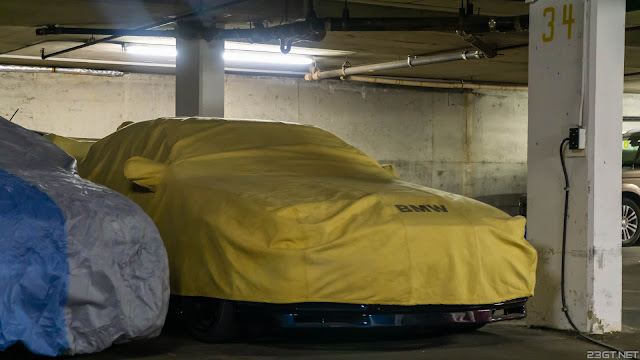 If you're a diehard gearhead it's pretty much a given you'll have a dream car – that vehicle or two you long to own with every fiber of your being. It's usually not the most logical or practical choice and some people might question your sanity for wanting it but all of that doesn't matter because you just know it's the car you want – actually, no, it's the car you NEED. The car that slakes your thirst like a mango mimosa after a passionate tryst...or maybe a Coke Zero after mowing the lawn, that works too.

For most people dream cars are exotic or at least semi-exotic – real vehicles, but made somewhat intangible by some combination of cost, rarity, or in some cases, legality. Usually they're wrapped in an idealized cocoon fueled by a bedroom poster here, a movie appearance there, or if you're lucky, the childhood memory of getting a ride in one ages ago.

My own dream car has evolved with time as I'm sure is the same with most of you. As a little kid my dream car was a VF-1 Valkyrie fighter in Skull Squadron colors – well, that turned out to be a bust.

As a teen still living in the Philippines I dreamed of owning a Corvette when I moved to America and of course my pubertal self thought I'd be raking in all sorts of hotties once I did. Needless to say reality brought me down hard – although not nearly as hard as with my childhood dream of owning a snazzy transforming fighting robot (side note: that new C8 is mighty tasty though – but the jury is still out on whether most owners will still be old men in Hawaiian shirts with lots of chest hair and cigar fumes).

My latest dream car was happily one that didn't turn out to be a disappointment. I have loved the R35 GT-R since it debuted, continued to adore it once I was lucky enough to be able to buy one, and I remain enamored by it to this very day 10 years later (I can't believe it's really been that long!) – which is a huge reason this blog even exists. I park it in the garage or in a random parking lot and still turn around to gaze at it longingly before heading off.

Before the R35 though, there was another dream car I had. Influenced by my family's love of Nissans and endless hours playing Gran Turismo this car was one I HAD to have. I wanted this car so badly I'm not sure if I would have chosen owning it versus hooking up with Clueless-era Alicia Silverstone if I had the choice (Okay, okay, I probably would have picked Alicia Silverstone back then – she was fine!)

After I got my R35 I couldn't call it my dream car anymore even though it still is my most favorite automobile – even beyond all the Ferraris, Mclarens, Astons, and other exotica of this world. It's no longer a dream when it becomes manifest as reality after all. I still longed for that dream car that preceded it though and so that became my muse once again.

But I couldn't have one.

It wasn't just a question of money – even though that had a lot to do with it too – it was mainly a question of availability. In the Philippines they were rarer than Ferraris and almost as expensive. Having moved to the States they weren't even legal.

Soon it will be though. And that's what Project Astrid is. Like Eleanor for Maindrian Pace in Gone in Sixty Seconds, Astrid is that one car that I've expended considerable effort to try and acquire but has proven elusive. Now though, I'm on the cusp of attaining her.

Her import is still a work in progress but I've completed her purchase already. As the date next year gets nearer when she'll finally find her new home with me here in Arizona I'll be documenting it here on the blog and I hope you'll share in the journey as a long-held dream finally gets fulfilled.

Why call it Project Astrid? Like I said at the start, dream cars are often beautiful exotica burnished by a veneer of our own idealized, or even romanticized, views – just like a dream girl. Have you watched Crazy Rich Asians? If you have then you wouldn't have missed Astrid Leong. Stunningly gorgeous Asian looks, astonishingly wealthy but down-to-earth nonetheless, devoted to her husband, with a caring and kind personality, all trimmed with a sexy British accent – calling her dreamy would be an understatement. What better name to give to my personal Eleanor?

Oh yeah, you had that other question – “Dammit Oliver, what the hell kind of car is it?” Well, since her arrival is still in the works I don't want to give out all the details right away. Besides, a little speculation is more fun isn't it? Oh, but in the best traditions of Hollywood I decided to throw together this little teaser video for fun - it has enough clues to figure out what's coming - but just in case you're stumped, rest assured, all your questions will be answered in the coming months on 23GT.net!