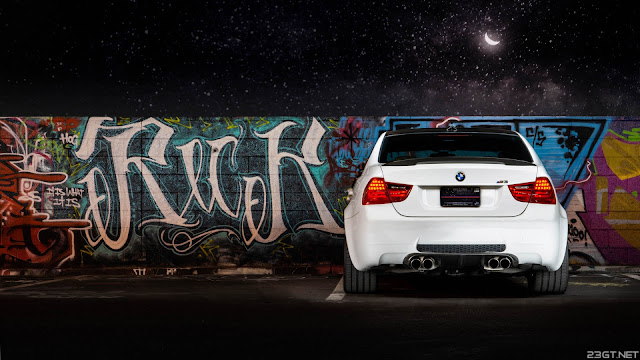 A couple of year's back I did a photoshoot of my friend Robert's lovingly restored BMW 2002 and posted about it here on the blog. Robert's a genuinely nice guy and had been a regular fixture at our local car meets for years. Unfortunately a couple of months ago we had to say goodbye to him because after years of serving our country as one of the few and the proud Robert was retiring from the Corps and moving back east. I couldn't have him leave without a proper farewell and retirement gift so I said we should do a shoot of his beloved M3 before he headed out.

If you're a dedicated car nut the BMW M3 needs no introduction - but I'll give you one anyway 'cause otherwise this would be a very short post and I'm sure you'd rather I fill out this article by talking about BMWs instead of revealing the secrets of my mom's awesome recipe for pork adobo. (Yes, mom, I saw that you put down "love" as one of the ingredients, and no, I haven't been able to get any from the grocery store - the clerks keep laughing at me for some reason whenever I ask what aisle it's in). 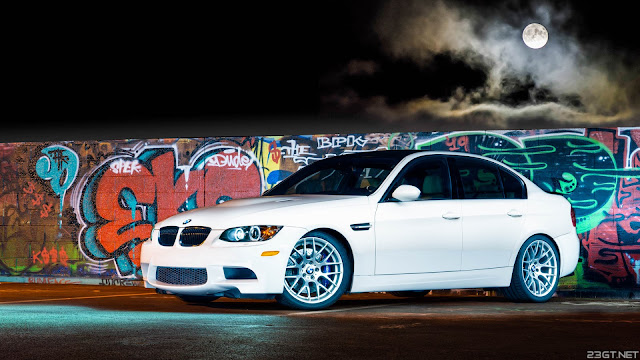 So, the BMW M3 - probably no other model can be credited with giving BMW the performance image it enjoys to this day than the one that's generally regarded as the epitome and the standard for the sport sedan category. BMW's made other cars that have had much higher performance and far more exotic looks and price tags but the relative accessibility, practicality, and all-around goodness of the M3 has made it the first thing people usually think of when Ultimate Driving Machines are mentioned. That's been true for over three decades now since the first E30 zipped down the autobahn in 1986.

That first generation had a four cylinder motor good for up to 200 horsepower depending on the market it was sold in. The next two generations would benefit from straight six power and just like the Nissan Skyline, that engine configuration became heavily associated with the M3 - although in the Bimmer's case no forced induction was used.

With three amazing generations in the bag 2007 came along and BMW shocked M fans by revealing that the new M3 would be ditching the beloved straight six configuration in favor of shoving in a V8. Mein gott! Coupled with a body design that was initially perceived as more bland compared to the handsome E46 that immediately preceded it, the E90 generation of M3 seemed destined to be the generation where BMW lost the plot.

Time has proven the critics wrong though. The E90 proved to be an M3 through and through and won many a comparison test as well as the DTM championship title, the 24 Hours of Nurburgring, and the ALMS GT class. 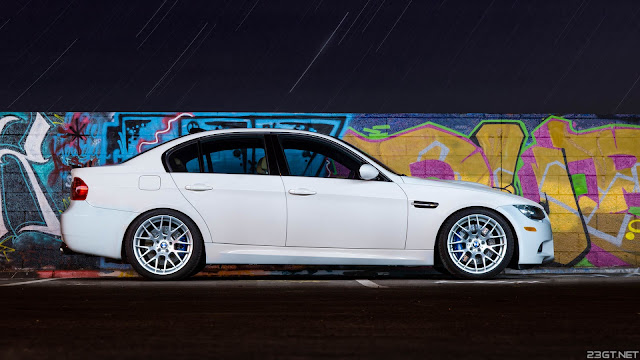 In fact, many critics consider the E90 M3 the best M3 ever because of that powerful yet smooth 414 horsepower  NA V8 coupled with great chassis dynamics and the well-balanced steering feel of a hydraulic power steering rack (the succeeding F80 M3 would go for an electric rack and has been described as numb in comparison).

Oh, and did I mention that V8 makes an absolutely glorious noise when it's revved to its 8400 rpm redline? On Robert's car it sounds even better thanks to a Borla exhaust.

It's got a manual tranny too by the way. And working turn signals, unlike most BMWs.

All of that makes for a very tasty sport sedan, and now the E90 is being touted as a future classic with prices going up to match. I was sad to see it leave our local car circle but even sadder to have its owner move as well. Having said that, I hope you have a great time post-retirement CWO3 Robert and that you enjoy your farewell gift! Well done, Marine!