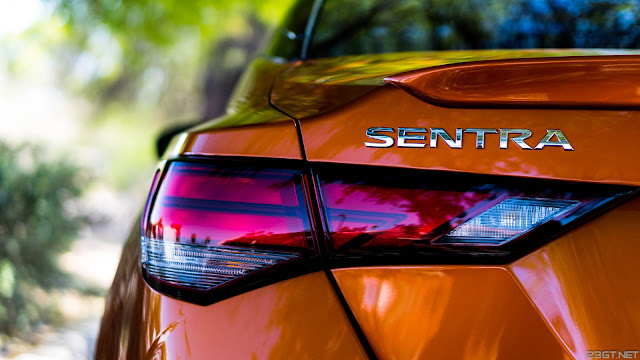 The GT-R may be the Nissan model that I most love but I like a lot of the company's other offerings. I have a particular soft spot for the humble Nissan Sentra because it started me on the path to being the passionate car geek I am now.

The Sentra was my first car not just once but twice. After earning my license in my old home of the Philippines my parents let me have a 1997 Nissan Sentra Super Saloon as the first car I could call my own. Years later, after finishing college and moving to the US, I bought a 2002 Sentra SE-R Spec V to bust my car-ownership cherry in my adopted home.

I had a lot of fun in both cars – and some misadventures – so even after I graduated to faster and sexier rides I still kept an eye on what Nissan was doing with its long-running entry-level sedan. Sadly the versions of the Sentra that followed my B15 generation SE-R have been best described as mediocre. While competitors seemed to improve their products with each generation the Sentra seemed to be perpetually stuck in a lukewarm limbo of “meh”. Compared to the always-excellent Civic Si and the raucous Focus ST and RS the SE-R and Nismo versions of the Sentra in recent years elicit the kind of disappointment reserved for little kids whose stingy parents give them hope of a shiny new PS5 for Christmas but instead get handed a dusty Atari Jaguar salvaged from the local Goodwill.

It's a real shame considering the first-generation Sentra SE-R won so much acclaim when it first came out in 1991. After a bright start Nissan let the formula get watered down over the years until it culminated in the disappointing Nismo Sentra of 2017 which was little more than an appearance package and some suspension tuning with no more power than a regular Sentra SR Turbo.

The much-improved B18 Sentra Nissan that launched in 2019 promised a brighter future. With more attractive styling, a swankier interior, and a more nimble chassis underneath the latest Sentra is a much better platform to be bestowed the legendary SE-R badge than pretty much any Sentra before it. So far, Nissan hasn't given even the slightest hit that a properly sporty Sentra will ever see the light of day again – and with the focus on electric cars and crossovers nowadays there seems like little hope of that changing.

There are plenty of good reasons though for Nissan to consider reviving the Sentra SE-R and in this video I go over them as well as recapping the history of this lesser-known but still legendary Nissan nameplate. I hope you guys enjoy watching!