If you're a GT-R or Z fan you've likely heard about the new special editions for the R35 and 370Z that Nissan is bringing out for the 2020 model year. The 50th Anniversary cars are meant to celebrate 50 years of both legendary nameplates. Fifty years is a VERY long time for anything when measured on our measly human time scales. Fifty years ago the Beatles were still together, the 747 and Concorde were still in prototype form, and Richard Nixon had just started recording his greatest hits album.

Since 50th anniversaries represent a lot of history most organizations would try to pull out all the stops to celebrate hitting that milestone. With the GT-R and Z being such iconic names in automotive history you'd think Nissan would have done the same, instead what did we get? Just new paint jobs for two cars that in terms of automotive years should be contacting AARP for a good Medicare plan.

Don't get me wrong, I still love the R35. Even 10 years on it's still a certified bad-ass that can hang with anything else on the road short of a Mclaren Senna or the Millenium Falcon. But the competition has caught up and back in 2009 no one with an iota of sanity would have said “I'm so looking forward to buying essentially the same car in 2020 for a lot more money!”

The 370Z is likable for being one of the few remaining purist naturally-aspirated, stick-shift, rear-wheel drive, two-seat sports cars in a world dominated by sedans on stilts and jacked-up trucks meant to make Greg from accounting feel more manly when he picks up his daily Starbucks fix. There's no avoiding the fact that it's well past its prime though. When Mustangs and Camaros can bully a Z-car with relative ease on both the road course and the drag strip you know you need to start checking its “Best By” date.

Unfortunately Nissan over the past few years has become a company focused primarily on gaining market share above all else. That in itself isn't a bad thing. Wanting to gain market share in the US is what took the Japanese Big 3 – Toyota, Honda, and Nissan – from being also-rans fifty years ago to global powerhouses in the automotive industry today. But while Toyota and Honda have generally stuck to their original plan of making quality, reliable mass-market cars that offered much better value for money than the competition and occasionally offering a sexy performance model to entice the more hot-blooded customer Nissan of late has seemed to settle for making cars that are just “okay”.

Fifty years ago, “okay” was fine for Japanese companies first dipping their toe in American waters. The big US car companies had gotten complacent and when the '70s gas crisis hit all of a sudden their own “okay” cars had suddenly become undesirable because of their size. The small imports suddenly had their break. And Japan capitalized on it by refining their products until they were no longer “okay” and instead had become the prime choice.

As a hardcore Nissan fanboy it pains me to see that the company's current American lineup is so lackluster. It's hard to find a segment leader anywhere in the catalog. Whether it's the Sentra -that was boring even when brand new - or the Maxima - which continues to claim it's a four-door sports car when it has a CVT and no manual option - or the Frontier – which is so ancient it makes even the R35 and 370Z look like they need to be in the neonatal ward.

Nissan's offerings have been acceptable enough they've sold well over the years but only by aggressive use of incentives and heavy pursuit of fleet sales. That kind of strategy sacrifices profitability and erodes the brand image in the long run. And with the global car market now taking a downturn thanks to the US-China trade war and a slowing Chinese economy Nissan's profits are in even more danger than ever.

It also doesn't help that the company is in the middle of a messy and embarrassing executive crisis with long-time Big Boss Carlos Ghosn arrested for supposedly being rather creative with company finances.

Because of all this malaise in Nissan management the 50th anniversary of two of the most legendary automotive names in history is being celebrated with a whimper instead of a bang. 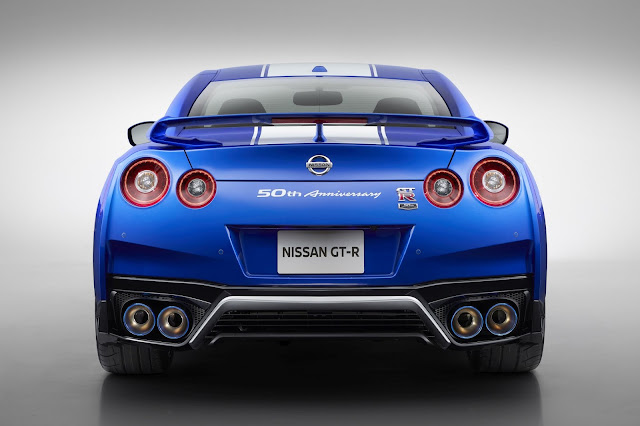 Instead of an unstoppable R36 that's ready to go all “Burning Godzilla” on hypercar rivals we get a 10-year old car with a 20 year old paint color and stripes from a 40 year old racecar that never even raced. Oh, and it's got a tramp stamp on its butt. Brilliant. 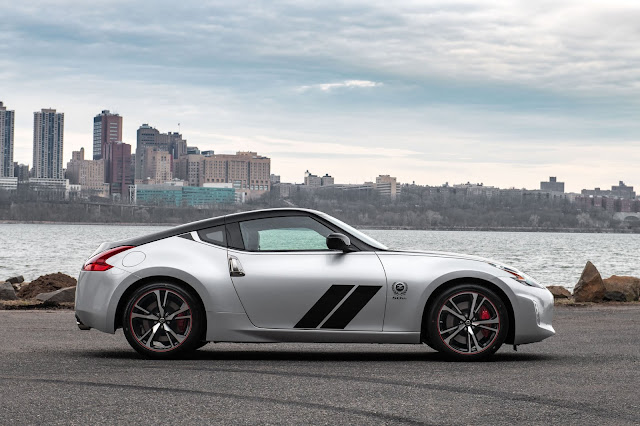 Instead of a new Z that can show the GT86 and A90 Supra what an affordable Japanese sports car should really be all about we get the same old one we've had for over a decade with an admittedly snazzy paint job but with ZERO improvements over existing models. Excellent.

Even if you make the argument that now is not the time to be pouring huge sums of money into fancy new sports cars when the market clearly can't satisfy its appetite for crossovers and SUVs it really shouldn't have taken that much money to come up with something properly special for this huge temporal milestone.

Look at Chrysler. The current Challenger is every bit a senior citizen as the R35 and Z but thanks to judicious upgrades and clever marketing the bloody thing still sells in the tens of thousands – over 66,000 cars last year in fact. It even outsold the much newer Camaro – without even including sales for the Charger that's basically it's four-door version. The 370Z by comparison didn't even crest the 4000 mark. The Challenger's success is thanks to Chrysler tossing just the right amount of money at it to keep it relevant while not making it inaccessible. Some engine upgrades here, some suspension tweaks there, a nip and a tuck, and digging up some cool names like Hellcat and Demon has proven to be a very lucrative formula.

Why couldn't Nissan do that for the 50th Anniversary GT-R and Z? Give the R35 bigger turbos, a fancy heads-up display, have Rays Engineering cook up fancy new exclusive wheels, and swap out the hood for some carbon like they did with the R34 V-spec 2. Worried about getting too close to the Nismo R35? So what? It's a LIMITED EDITION. Make it properly limited, have people go apeshit trying to score the rare ones leaving others to settle for “regular” cars and then next year release an even more batshit insane Nismo R35. That's how you sustain hype.

Surely the geniuses at Nismo could hash out a similarly exciting package for the 370Z in the short span of a couple of bento breaks.

Heck, they couldn't even get the timing right on this release really since they're coming out as 2020 models but the GT-R and Z first came out in 1969 so the 50th anniversary cars should really have been 2019s.

Saying anything bad about my favorite car company isn't exactly something I like to do but I sincerely hope these mediocre 50th Anniversary offerings are the last time Nissan settles for just “okay”. Hopefully the current management shakeup brings Nissan back to its roots and more exciting products finally start coming down the pipeline.