Last week Nissan held the global reveal for the 2021 Ariya - their next-generation follow-up to the pioneering Leaf electric car.
In case you missed the news the Ariya is a brand-new fully-electric crossover that promises 300-mile range, a new high-tech AWD system, and advanced driving assistance features wrapped in bodywork that heralds a new design direction for Nissan.
If you're reading this blog there's a good chance you're a diehard gearhead who's spent years captivated by the sound of a hearty exhaust and the fragrance of high-octane fuel, so an electric car might seem as appealing to you as joining in a bullfight while nursing a hangover and dressed in a Spongebob costume.
But times change and electric cars are far from being the sole domain of unrepentant tree-huggers and tech nerds nowadays. Now even the cool kids want an electric car thanks to the PR expertise of the Church of Elon, AKA Tesla Motors.
Nissan may have come out with the first truly mass-market electric car in the Leaf but Tesla became the most valuable car company in the world at the moment thanks to one simple thing: the Rule of Cool. By making the Model S fast, sleek, and expensive instead of just adequate and relatively inexpensive Tesla made electric cars desirable...and electric car companies attractive to investors.
In addition to changing perceptions for electric cars, there's also been a sea change in car buying habits. Where before sedans were the big sellers and sexy sports cars were the aspirational models in the lineup, now everyone and their sister wants a crossover, SUV, or trucky thing of some kind. Although the desire for legitimate performance cars is far from dead as seen by the hype around the Corvette C8 and A90 Supra, nowadays vehicles like the Jeep Gladiator and Ford Bronco are just as likely to be redlining the hype machine.
That's the environment the Ariya is debuting in, and honestly it's the right vehicle at the right time to get Nissan back on the right track to something resembling its former glory. It ticks all the appropriate boxes. It's a compact crossover - probably the hottest market segment currently judging from the humongous sales figures and the multitude of competing models in the market. It's fully electric in a time when electric cars are hip and any car company without one is at risk of being seen as stuck in the past and obsolescent. It also switches from the controversial passive battery cooling and unpopular CHAdeMO charging interface of the Leaf to more effective liquid-cooling and the more commonly available CCS charge port.
Externally it's already drawing praise for the new "Timeless Japanese Futurism" design language that Nissan is debuting. I like it because it looks sleek and futuristic enough without looking odd and polarizing or like somebody left their graphics settings on "Minimum". There are tons of nifty details too to appreciate like the light-up Nissan badge and the traditional Japanese design motifs incorporated into the front shield. The interior has also been getting raves for the minimalist and modern design that appears to still be user-friendly and doesn't sacrifice ergonomics just to look cool. The capacitative switches in the faux wood trim are a particularly elegant idea that seems ripped from a European design studio's playbook.
I'm sure most Nissan fans would prefer to have seen the rumored 400Z debut or heaven forbid an R36 GT-R but as much as we in the car enthusiast crowd love sporty cars they wouldn't have drawn the attention or carried the mass appeal of something like the Ariya.
With the Ariya Nissan is playing to the majority who are more interested in crossovers while at the same time debuting a new platform that shows the company is able to crank out fresh product and seeking to innovate.
It's no coincidence that Nissan chose the Ariya to debut a redesigned corporate logo, no doubt to signal a fresh start for the company after seeing plummeting sales and having their head honcho exfil out of Japan huddled in a tuba case like a pansy b*tch. I personally like the new logo. It keeps the classic bar and circle look but gives it a fresh, modern twist.
The 400Z will come along later this year and that's a car Nissan needs almost as much as the Ariya in order to show that the company isn't forgetting the sportier part of its heritage. It used to be that a slinky new sports car was all you needed to get people's butts into a showroom but now in a world where climate change is a growing concern and the economy is increasingly uncertain Nissan is being wise to go with a two-pronged approach in the form of the practical, forward-thinking, electric Ariya and the new sporty, retro-inspired, petrol-powered Z.
It's also important to consider that the electric car segment is going to be a growing market while mass-market performance car sales are fairly stagnant. With a greater selection to choose from and ever-improving capability and technology electric cars are going to appeal to more and more people while pure internal combustion sports car will continue to draw pretty much the same crowd they always have. 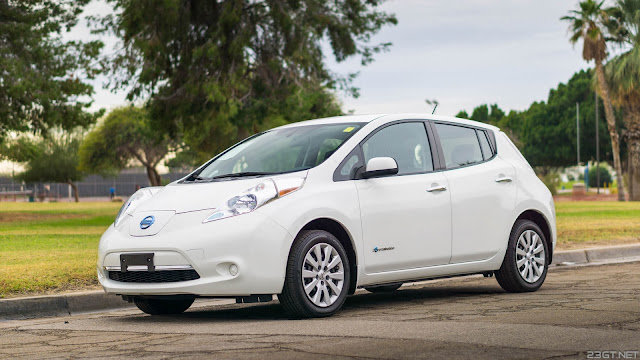 I for one am seriously considering switching to an electric daily driver. Last year I got to spend a day with a first-gen Nissan Leaf and actually really enjoyed it for around town use because it was so easy to zip around in. Sure, the interior was rental car quality and the limited range meant it was strictly an in-town car but the Ariya promises to have none of those compromises.
Also, all things considered, I'm a perfect candidate to go electric seeing as how I have a couple of sports cars for fun and a big SUV for haulage duties.
But why get an Ariya instead of say, a Tesla Model Y? Well, there's several worthwhile reasons to consider. First, Tesla still has to outgrown some of its quality gremlins. Most of their cars are perfectly good but even now Teslas often suffer from wonky fit and finish. Second, for those of us who don't live in major cities that have Tesla service centers, if you do have an issue being able to take your car to a local dealer for work is far more convenient than having to get it taken hundreds of miles away. Third, Tesla's interiors aren't for everybody. I love the Model S but the single center screen of the 3 and Y seem like ergonomic idiocy to me. Not having critical displays near my line of sight is a massive turnoff. I'd also rather not accidentally call up a religious radio station instead of turning down the AC because I have to try and hit a point the size of North Korea's annual blue jeans sales on a touch screen the size of Kim Jong-Un's ego while I'm busy driving.
Lastly, well, some people just want to be different and not go with the default choice - which Tesla effectively is now when it comes to electric cars. If Nissan keeps the price in line the Ariya could prove to be an attractive alternative indeed to the Model S3XYs.
As much as I'd like to see it be a huge sales success for my favorite car company the Ariya is unlikely to sell like gangbusters - too many people nowadays still view electric cars as inherently limiting and unnervingly foreign. Nissan really doesn't need it to be however. Their core moneymakers will still be their bread-and-butter gasoline sedans and crossovers.
The measure for the Ariya's success instead will be its ability to act as an attention-grabber, something that get's people talking about Nissan in a positive light again and interested in going to a dealer showroom. So far, the Ariya seems to be doing just that.
Now, bring on that 400Z debut, Nissan!
Labels: Ariya Electric cars Leaf Musings News Nissan