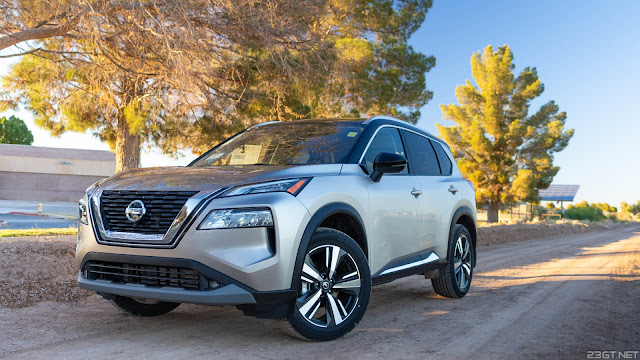 If you're a Nissan fan current times are both exciting and concerning. The COVID pandemic affected the auto industry badly and car sales sunk like a rock for a good part of 2020. Nissan was particularly hard hit because under former Renault-Nissan alliance head honcho Carlos Ghosn their lineup of vehicles hadn't been refreshed to keep up with the competition in some time. Then a scandal erupted where Ghosn was accused of raiding the corporate piggy bank and stashing a bit too much of the company cash in his personal sofa cushions so he got kicked out, and Nissan suddenly looked as ship-shape and well-managed as the Costa Concordia.

We don't know yet if Ghosn really thought that the 16.9 million dollars he earned yearly from the alliance wasn't quite posh enough but at least it was only in the later years of his career that he badly neglected Nissan so the company at least had a decent war chest before you-know-what brought the whole world to a sudden halt.

That meant that old S.S. Nissan was springing some leaks but it wasn't ready to buy some permanent real estate in Bikini Bottom yet. Under new leadership the company has used their stockpiled funds to start cranking out a raft of totally new or heavily-revamped models. The Versa, Sentra, Kicks, Armada, Frontier, and Pathfinder have already seen new models released or are coming very soon. The most significant of the new models though is probably the Rogue. 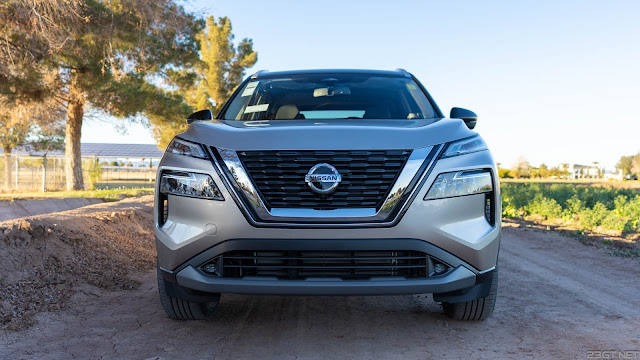 Compact crossovers like the Rogue aren't exactly sexy but there's no doubt lots of people want them. Even the dated second generation Rogue that first debuted in 2013 still sold over 220 thousand units in 2020 despite the pandemic. Not only is it Nissan's best selling vehicle in the US but it's regularly one of the best selling vehicles among all manufacturers period. The GT-R may be Nissan's headline-grabber but even in the worst month of sales in 2020 the Rogue found as many homes in one day as GT-Rs did in the ENTIRE YEAR.

In the rest of the world the Rogue is known as the X-Trail and it's a hot seller overseas as well. Together with the Rogue's smaller sibling the Rogue Sport (or Qashqai as it's known outside the US) Nissan owns a massive chunk of the crossover market, selling nearly a million units in 2019 from just the three biggest markets of North America, Europe, and China.

With sales numbers like that the compact crossover segment has quickly become the hottest battleground for carmakers globally. In the US market there are 16 different ones to choose from in 2021 so that's a lot of competition.

Between being the best-selling vehicle in Nissan's lineup and having to duke it out in a category that's more cutthroat than your average children's beauty pageant, the new Rogue has a lot riding on it. Thankfully it seems up to that difficult task. 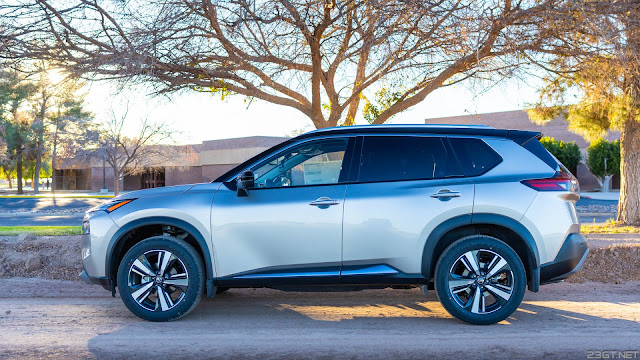 The previous Rogue was perfectly serviceable but it was generic, even boring. First impressions are important and the 2021 Rogue distances itself from boring right away with its much more expressive styling. The overall shape ditches the nonspecific blob of the previous generations in favor of the more angular and athletic styling that's the norm for modern crossovers. The sides and back are good-looking enough to attract buyers while the front end may be a bit more divisive. 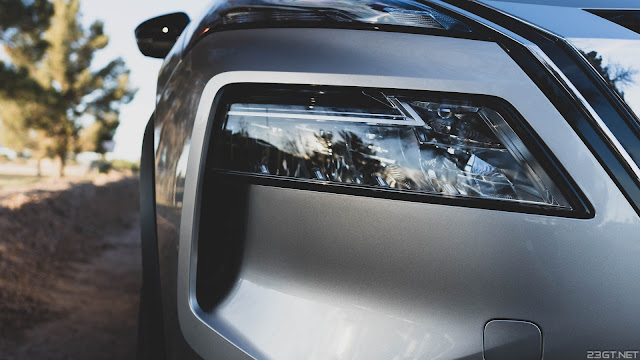 The Rogue now sports the stacked headlight look that Nissan helped pioneer with the Juke (and has now become common on many SUVs and trucks) and between those headlights is a huge V-motion grille. Together with the vents flanking the lower light clusters the nose of the 2021 Rogue may prove to be too busy for some but it's certainly contemporary and more memorable. Inside sees a massive improvement. The old Rogue's interior was again best described as serviceable but other descriptors like posh, upscale, or luxurious would never have been used for it. For the new generation Nissan has clearly aimed higher. The steering wheel is all new with a leather wrap and flat bottom in keeping with current tastes. LCD displays occupy a lot more surface area in the new Rogue with a center color MFD in the instrument panel and an 8-inch main display on top of smaller A/C displays in the center stack. Range-topping Platinum models and SL models with the Premium package get a snazzy 12-inch all-digital instrument cluster and a bigger 9-inch center screen to up the posh factor. 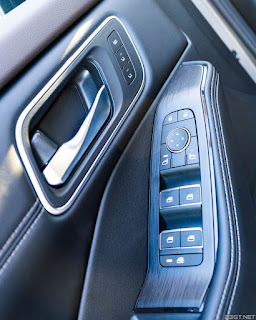 Faux leather seats are standard on the SL like the one I drove which are already pretty nice combined with Nissan's comfy “zero-gravity” seat design but the Platinum gets properly fancy with actual diamond-stitched semi-aniline leather. The switchgear has also been upgraded to look and feel more upscale. Overall, the new Rogue's interior definitely feels a cut above the old versions.

In the middle of the front seats the 2021 Rogue introduces a new electronic shifter design that toggles forward and back to select gears. Without a mechanical linkage this e-shifter allows for a storage cubby to be put underneath to hold purses, small bags, or maybe your pet rodent if you have one.

The new shifter is still connected to the elephant in the room however: Nissan's controversial Jatco CVT. I'm not a CVT-hater myself and think they're perfectly fine for vehicles like these that are destined to live a life of shuttling families around instead of doing quarter miles but despite all the improvements Nissan keeps trying to make on the Jatco units they just have built up such a divisive reputation now that I think Nissan would be best-served with ditching them in favor of proper automatics, especially since current gajillion-speed torque converter automatics are every bit as efficient in real-world driving as CVTs. The new Pathfinder is losing the CVT in favor of a 9-speed auto so maybe that's a sign of things to come.

At least the new Rogue drives well with its CVT. The engine is a 2.5 liter direct-injected NA four-banger good for 181 horsepower. Not a thrilling amount of power but perfectly capable of getting the job done if you're just getting around and not trying to race everybody and his brother. The new motor gives a decent 11 hp boost over the old Rogue to give the new model a bit more oomph while still being able to give a 1 mpg advantage in fuel economy. Nissan should seriously consider a hybrid model though to stay competitive with rivals - especially the hot-selling Toyota RAV4 Prime. 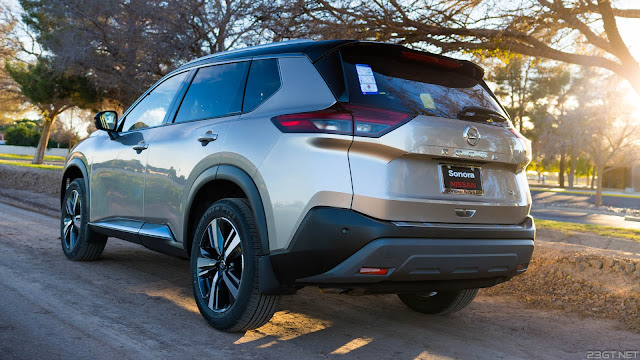 Driving dynamics are better thanks to firmer suspension tuning. This might be great for clipping apexes but that's not what the Rogue's mission statement is about. Getting little Ronny to piano lessons and Fido to get his shots is what the Rogue will typically be doing and both Ronny and Fido will probably be less happy with the firmer ride in the new model. Drive through choppy pavement and the new suspension tuning doesn't flatter the Rogue especially on the higher end models with bigger wheels. It's not rattle-out-all-your-kidney-stones bad but it's one aspect where the new model isn't an improvement over the old one. 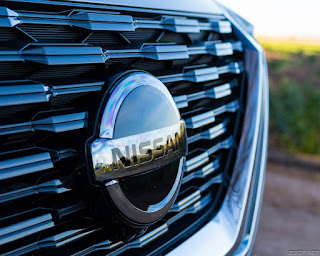 At least Ronny and Fido won't have to worry too much about trading boring piano lessons and painful shots for an unplanned trip to the hospital because the new Rogue has a full suite of safety nannies that are standard across the line. VDC, lane departure warning, rear cross traffic alerts, automatic emergency braking, blind spot warnings, and even rear automatic braking are all present regardless of trim level. Higher models get full around-view cameras and sonar plus driving assistance in the form of Pro-Pilot Assist while lower trims make do with rear cameras and rear sonar only. If you're like me and are invested in making use of proper driving skill a lot of these safety nannies can be annoying but there's no doubt they have their benefits, especially for drivers who are less enthusiastic about actually driving – which is a huge chunk of the target audience for crossovers.

Little kids and dogs will also be happy to have plenty of room inside. Even though the new Rogue is slightly shorter than the old version interior space is about the same, keeping the Rogue on the roomier end of its category.

Overall the new Rogue is a huge improvement over the old one. It's not a total game-changer but it's certainly a very competitive offering in the huge-selling compact crossover market. That's great for all Nissan performance fans because selling a ton of Rogues means Nissan will soon be back to a good financial outlook that can fund future versions of the Z and GT-R. In fact, the success of the new Rogue is arguably the key to upcoming Nissan performance models and this video I made below delves more into that. Thanks for visiting the blog and I hope you'll check back in the future for more content!