eX-Driver: The Anime That Predicted Our Automotive Future! (w/video) 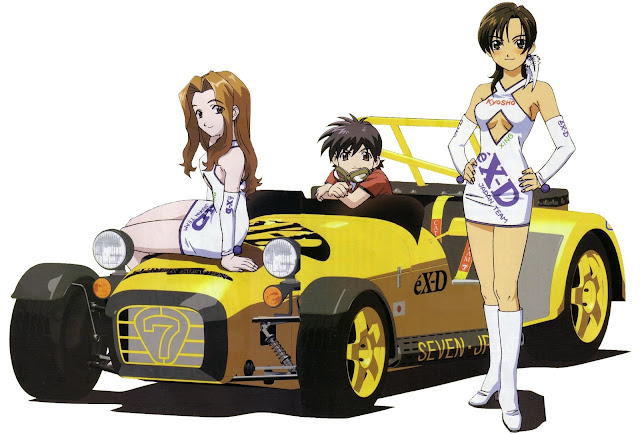 Lots of Japanese car enthusiasts are also fans of Japanese culture including yours truly. Regular readers will know I love anime in particular so naturally as a car geek I'm very interested in shows that are automotive-related. One of the best car-centric anime series to ever come out is eX-Driver. It was first released back in 2000 and had a very intriguing and somewhat prophetic premise: a world where almost all cars are AI-driven and nearly everybody has given up on learning to drive except for a select few skilled eX-Drivers. In this computer-controlled future the AI cars sometimes glitch and can pose a hazard to their occupants and other people so the eX-Drivers are critical to stopping the runaways before they can harm anyone.

eX-Driver was created by respected manga author, character designer, and major gearhead Kosuke Fujishima. Although it enjoyed a decent degree of popularity when it first came out the show has faded into relative obscurity. With automated cars becoming a reality on our roads nowadays and most people seemingly becoming more and more disinterested in actually learning to be good drivers the show's premise is more relevant than ever though. I could write more about why the show is worth a watch for any car geek but since it's an anime it'll be better if I explained further in video form. I hope the following video encourages you to give this great show a shot!

P.S. Just wanted to say thanks to Namco Bandai Arts. The video was supposed to go up this weekend but since they have the copyright to eX-Driver it was initially automatically flagged by YouTube. After explaining myself however Namco Bandai released the block and let me publish the video, and they did it within just one working day! Arigato gozaimasu!