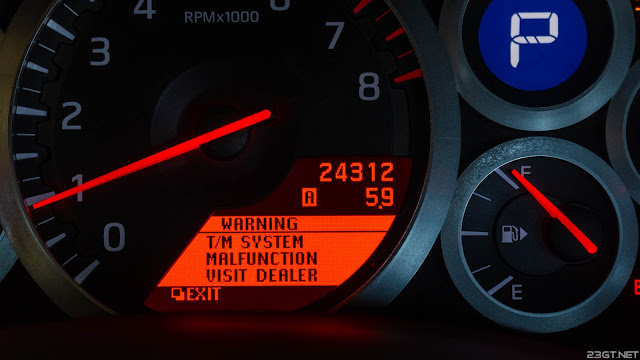 I'd like to think that I'm not a superstitious person at heart but sometime when things just don't seem to go right for you some illogical part of your poor frazzled brain just wants to look for something to explain why the universe decided to just give you a swift kick in your sensitive parts.

Yesterday was the 13th and although it wasn't a Friday the morning kicked off with some bad luck that sure felt like it was an inauspicious day. I was all set to start shooting my next YouTube video when I started up my beloved R35 GT-R and that warning in the pic above came on. Few things sink an R35 owner's heart faster than seeing those words on his dashboard.

The car ran fine but Reverse was AWOL and gears 1, 3, and 5 had decided to join it in going on the lam. After plugging my Cobb Accesport in I was able to pull a code P0847 which translated to a problem with at least one of the transmission fluid pressure sensors. I haven't had a chance to take the car someplace for a proper diagnosis yet since without reverse I can't back it out of the garage so it'll have to wait until I can wrangle up some help later this week to push it out in neutral then drive it gingerly to a mechanic using gears 2, 4, and 6 which have graciously decided to hang around still in my hour of need.

Unfortunately whatever happens this means my R35 will be non-driveable for some time. I don't hold it against the car since she's given me 11 years of faultless service before and things just break sometimes - such is the nature of all things mechanical. It still sucks the big falota though that this is happening.

The timing could have been better since my R32 was also unavailable that day. 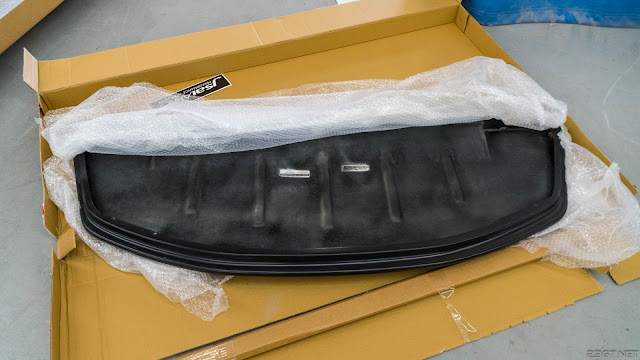 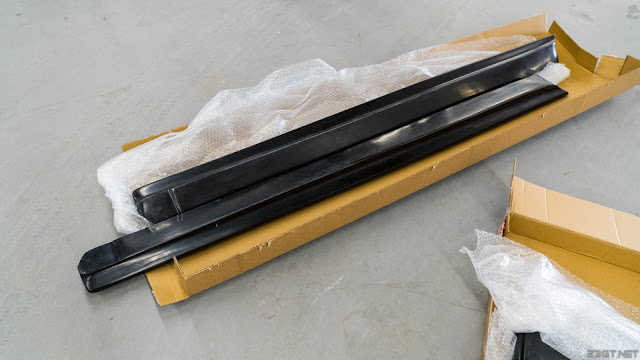 The R32's been running great but I'd taken it into a body shop a couple of weeks ago to get the above parts installed - a JSAI Aero front lip and side skirt extensions. It should have been a quick job but when they took off the stock side skirts to work on attaching the extensions they found an area in the right rocker panel that was rusting. Thankfully it was just surface rust but it delayed things and made the cost go up quite a bit. 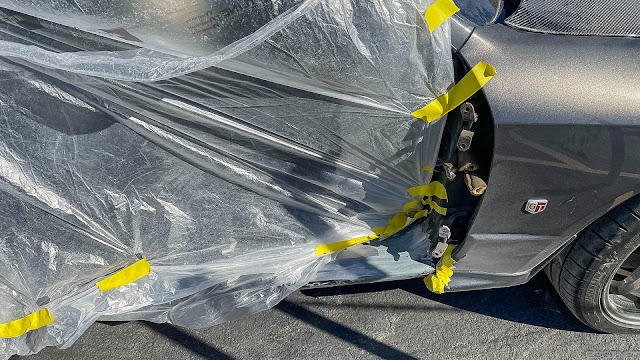 I was expecting to have the R32 back yesterday but in another stroke of bad luck they couldn't finish in time so I'll have to wait until Tuesday to get it. 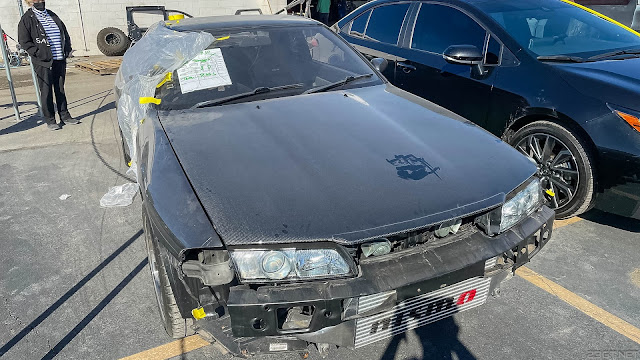 I said in the title that I was currently GT-R-less. Regular readers would know I have three GT-Rs so you might be wondering what the deal is with the R34 and hoping I haven't wrapped it around a saguaro after throwing back a few too many vodka shots. Thankfully the R34 is perfectly fine but it's not with me and it's currently unknown when I'll get her back. 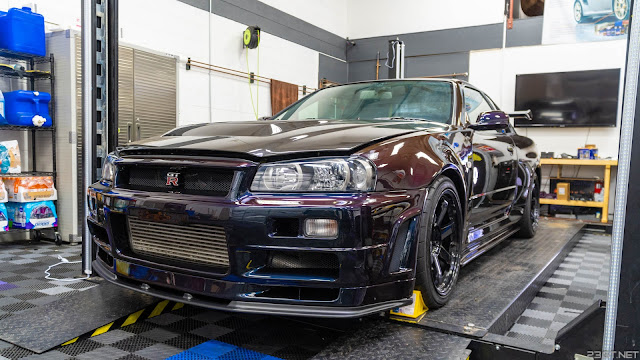 The lovely R34 is currently at a shop getting a full clear bra install and ceramic coat. With the cost of the car and that gorgeous Midnight Purple 2 paint I wanted maximum protection. Unfortunately that shiny paint is also what's making the shop's job a real pain since it makes scanning the car to make a template for the film harder. I miss the car a lot but it's more important to me that the job get done right so the shop can take as much time as they need.
And so, that's why currently I'm without an operable GT-R. Yeah, it's a total bummer but I have to look at the bright side: at the end of the day it's all fixable first-world problems and things could be much worse. I'll just busy myself with other things and look forward to the day all three of my babies can rejoin me in tip top shape!
Labels: Astrid Faith Fate GT-R Modifications Progress Bar Project Astrid R32 R32 ownership R34 R34 ownership R35 R35 ownership Skyline