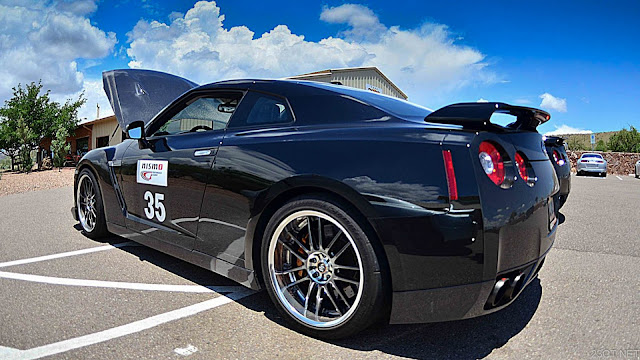 As car enthusiasts it’s to be expected that we view owning our respective dream cars as something to be savored. Some of us are lucky to realize our wishes but the experience itself doesn’t always go like a dream as I was recently reminded.

The Nissan GT-R has always been my dream car since I was a youngster, first in the form of the R34 then later the R35. I’m lucky to own both now and my R35 has been a wonderful car to own during the 11 years I’ve had her. A few weeks ago however I finally had a major mechanical issue with it when one of the transmission fluid pressure sensors went bad leaving me minus fifty percent of my forward gears with reverse also deciding it needed to take some unapproved leave time.

Thankfully, modern cars are intelligent enough to protect themselves when issues like this happen but that usually means they go into “limp mode” – the technical term for when your car decides self-preservation trumps any of your own priorities, you silly meatbag driver you.

Limp mode may be great for the continued functionality of your vehicle but it’s basically the automotive equivalent of some serious cockblocking if you’ve just hopped into your favorite sporty car for some fun times and slightly less-than-prudent behavior.

In the R35 trying to drive it on limp mode can be real torture since it limits the car to only about 2000 rpm and a max speed of around 40. It’s definitely not something you want to do for any length of time both in the interest of maintaining your car’s integrity and your personal sanity. I did it because I only had to drive my car a few miles on local roads to get to the nearest Nissan dealership – any further than that or if any highway driving is required then do yourself a favor and call the nice man from the towing company to come and bail you out.

If you’re curious as to what limp mode in an R35 is like then I’ve made this handy video for you so you can share in the suffering:

The good news at least is that my tranny is now back and I’m just waiting for it to be put back in the car. Hopefully after that’s done I’ll have another trouble free 11 years with my baby!
Labels: Fate GT-R Problems R35 R35 ownership