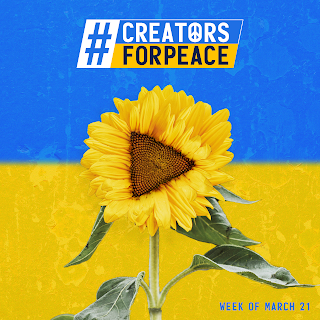 Hello again everybody. Just a couple of weeks ago I made a post asking you to help the people of Ukraine if you were able to. Sadly, the invasion of Ukraine has continued even as it's become increasingly clear that Russia is unable to achieve its goal of subjugating the country. Instead the Russians have engaged in increasing atrocities including bombing clearly civilian targets, shooting bystanders who are simply in line for bread, even using thermobaric bombs and cluster munitions which inflict massive, indiscriminate damage on a large area and therefore are highly likely to hurt peaceful civilians.

Across Ukraine and in refugee camps all across Europe millions of Ukrainians who had just wanted to live their lives peacefully like you and I are now displaced from their homes and in fear for their lives and futures. Needless to say many of those affected are innocent children.

Over a hundred of those children have already been killed in this senseless war and one and a half million more are now refugees torn from their homes.

To help these most vulnerable victims of this senseless war I and many other content creators on YouTube and other parts of the internet have joined in an effort called Creators for Peace. Starting the week of March 21st we will all be using whatever means we have at our disposal to spread the word and ask for donations to UNICEF – the United Nations Childrens Fund.

As you probably already know UNICEF provides humanitarian aid to disadvantaged children and adolescents across the globe. Any donation you can make to the organization can help give a child a better future he wouldn't have otherwise had.

There are many great fundraisers now to help the victims of the Ukrainian war and I hope you can give to them too but UNICEF is particularly near and dear to me because having grown up in a third-world country I saw disadvantaged children on a regular basis and also got to see UNICEF's efforts to help them. As an elementary and high school student I sold UNICEF greeting cards to help fundraise for the organization and I want to continue to help their efforts however I can.

So please in this time of great need consider making a donation and thank you for whatever help you can give, not just for the people of Ukraine but for all people suffering from war and poverty all over the world.

Donations can be made at the following links and they also provide further information: