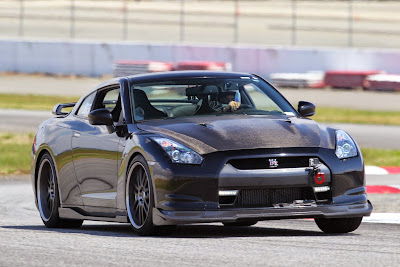 When you're into modifying cars it's good to have a chance to take your baby and let her off the leash enforced by traffic laws to see if your changes hold up. It's for this reason I was at Auto Club Speedway a week ago with my R35 GT-R to do a track day with NASA.

If you haven't heard of NASA before, it's not the National Aeronautics and Space Administration that's responsible for moon shots, freeze-dried ice cream, and sending Bruce Willis out to protect us from asteroid impacts, it's the National Auto Sport Association. It's a nationwide organization that promotes motorsport activities from the novice level all the way up to the professional. The two biggest organizations right now that are aimed at promoting amateur motorsports are the Sports Car Club of America (SCCA) and NASA. Both are great associations but NASA currently has the better setup for the beginner to get started in high performance driving in my opinion.

NASA has the HPDE or High Performance Driver Education program where a new member starts out in the first tier or HPDE 1 and gets paired up with an instructor to teach him the basics. You then progress through to three more tiers until HPDE 4 where you can then consider doing basic racing activities like Time Trial or go to Race School if you want to do wheel-to-wheel racing. Each tier is logically arranged so that you progressively gain the experience and skill needed to become a veteran road course driver or a full-fledged racer. I respect the SCCA too and have done trackdays with them as well but compared to the logical progression NASA offers, starting out with SCCA can feel like getting dumped in the middle of Tokyo without a guide – so much cool stuff to do but where the hell do you start?

I've done about a dozen trackdays with NASA so far and it's a great organization. The other drivers are usually very friendly and welcoming to new blood. Camaraderie is encouraged within the different run groups and unlike with private trackdays where you usually drive with complete strangers at each event you usually get familiar with the regular attendees in your group which helps both on track and off. Saturday events are usually followed by a paddock barbecue where everybody chills, has a good time, and occasionally weird party games erupt. Overall, it's a great way to get on track and I highly recommend it if you have any interest in road racing. 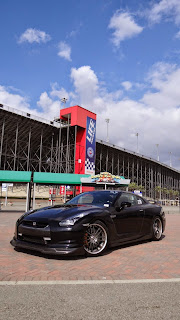 Anyway, as I mentioned in my intro post about my R35 I've had the engine and transmissions fully built by a major tuner, TopSpeed Motorsports out in Atlanta. They've got a great reputation for building reliable, high-power, track-oriented GT-Rs – a trio of successive overall wins at One Lap of America with their shop R35s attest to that. So after my car got built I had to get her out on track and see how she held up. My first time out with the car two months ago at Wild Horse Pass Motorsports Park here in Arizona was hampered by a slight transmission issue. My friends and I weren't able to figure out the cause at the track but TSM traced it to some clutch slippage occurring and throwing off the car's computers. Upping the torque capacities in the car's transmission settings was the advised solution but I couldn't test it out on the street of course – yeah, I don't think the local PD would like me staging the inaugural Grand Prix of Yuma on a whim. Since I'd never been to Auto Club Speedway before, this May NASA event was the perfect chance to test things out and add another track to my resume.

This time I'm happy to say the car delivered one hundred percent. The day went with no hiccups even with extended high speed running. I was driving pretty conservatively since it was my first time at Auto Club (and I didn't want to stuff my baby in a tire barrier) but I was routinely hitting 140-150 miles an hour on the banked oval and having a blast doing it.

Since this was actually an event run by the SoCal chapter of NASA instead of the Arizona branch I normally run with most of the people were strangers to me. I only knew one other driver in my HPDE group from Arizona but almost everyone proved to be good and courteous drivers out on track. There was plenty of interesting hardware to see in the paddock too. With that said, I'll let the pictures do the talking at this point:

Here's an onboard video I shot with my Iphone 6 using the Harry's Lap Timer app: