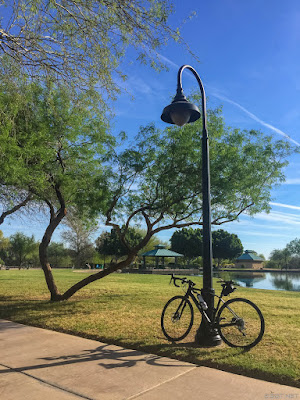 Long-time readers may have noticed that I'm a bit of a fanboy when it comes to anything vehicular. Even though my posts are (almost) always car-related I've sometimes gone off on a tangent about motorcycles, airliners, or some other conveyance not of the four-wheeled variety. Whether it's an ultra-modern twin-turbo dinosaur juice-burning hot rod, gazillion-dollar military flying machine, or some indigenous muscle-powered contraption from my old home of the Philippines – if it's some form of transport other than your own two legs I'll usually find it interesting.


That interest in all things vehicular under the sun's been with me from a young age and like with most other kids my first exposure to a mode of transport that I controlled myself was the classic bicycle. Ever since I first shed my training wheels and learned how to pedal more than a couple of inches without starting intimate relations with the pavement I've loved riding bikes. You could even say that's where the mod bug that's carried over to my cars and motorcycles first bit since I remember drooling over the latest fancy doodads from Shimano or Campagnolo years ago but having to settle for cheaper Taiwanese sh*t for my mountain bike since I was a broke-ass teenager living in a third-world country.

Motorcycles got me out of the bicycle scene after I moved to the States eons ago but I got into the mood to try it again recently. After dusting off my old Gary Fisher hardtail mountain bike for my first fun but ass-destroying ride in ages I decided that this time around I'd try my hand at road bikes and aim to do some long-distance charity rides. After picking up a nice Specialized Diverge Comp gravel bike I've been training hard the past few weeks to join my first organized event. Once my butt got used to the saddle again and I stopped feeling like I just got out of prison every time I rode I've been piling on the miles and next weekend I'll be joining my first proper charity ride – the Yuma Centennial Ride here in town.

It's what's called a metric century ride – 100 kilometers or 60ish miles in ye olde English measurements – so that's going to be a properly long day in the saddle. After that event I'm also signed up for one in California in May. As you can expect going from no riding at all in ages to trying for a metric century in just a few weeks has meant plenty of hard training, training that takes a lot of time and energy.

Writing this blog also takes its share of time and energy. It takes me hours to put together the photos and info and do the actual writing for even just one post that's up to the decent standard I want to share with people. In the roughly two years I've been doing it I've made exactly zero dollars from this blog despite all the effort it's needed since it's just been a labor of love for me and a way of contributing to the gearhead community. It's hard to keep a labor of love going though when you're dog tired most days and your legs feel like you just tried and failed to out-asskick Chuck Norris.

I still want to continue to share cool stories and helpful info with all of you readers out there but for the sake of my sanity I'm going to take a bit of a break so I can focus on my training rather than letting the blog suffer as a result of me trying to just squeeze it into the little time I have left. If all goes well and I make it the full hundred kilometers next week (and don't end up as a vaguely human-shaped slab of meat in the emergency room) then I hope to come back in a few weeks to finish telling you about the DSport TAS tour, Philippine drag racing, how my Nismo R32 is (not) running, and other tidbits that might interest you.

For now, I bid you guys adieu but I'll see you again on the road sometime!