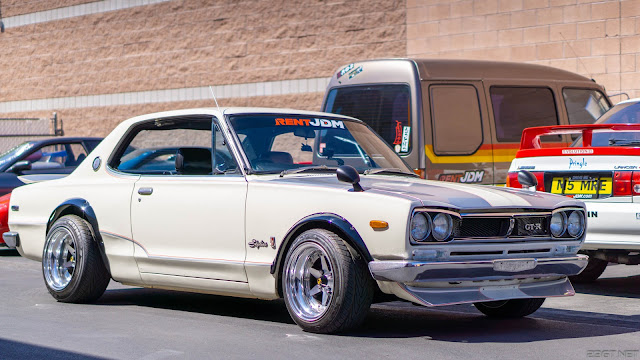 Last week I had to take a trip out to Las Vegas for some work-related stuff and while I was there I had some time to kill so I decided to pay a fairly impromptu visit to RentJDM which just recently opened after being delayed by you-know-what.

If you're at all familiar with Sin City then you know that it thrives on offering people the chance to live vicariously and have a blast doing stuff they wouldn't normally get to do. To cater to visitors looking to live it large Vegas lets you rent out pretty much anything fun you can think of - from posh hotel rooms, to fully-automatic firearms, to intimate companionship, and of course, exotic vehicles you only normally get to see on Jay Leno's Garage.

The exotics you can rent in Vegas though are usually high-end supercars like Ferraris, Lamborghinis, and McLarens. But what if you're an import car geek who only thinks of Ferraris as things for modified Supras to embarrass?

That's where RentJDM comes in. They offer the chance to rent the JDM exotica of your dreams - anything from cutesy little kei cars all the way to an honest-to-goodness Motorex R34 Skyline! 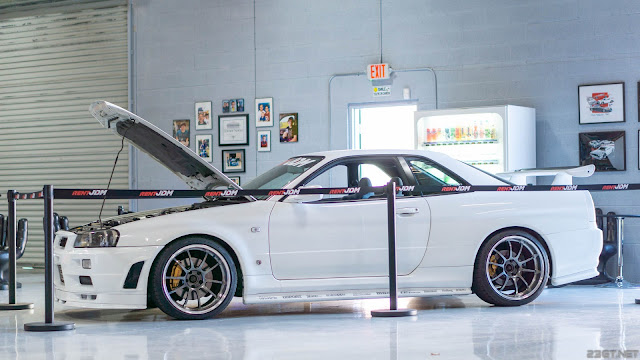 I'd been hoping to rent their Hakosuka Skyline since I'd never driven one but due to their recent opening it wasn't available yet - however I did get to go on a ride in it with RentJDM's boss Craig Seidel, whose name might sound familiar if you're a long-time reader of the blog since he's the owner of the MP2 R34s that made it through the legal mess Rivsu Imports left behind. He's a real straight-up car guy and import fan so after the ride my quick visit turned into several hours hanging out and chatting.

Even if you can't swing a rental or a ride-along though it's worth visiting RentJDM when you're in Vegas because their office is set up like a Japanese car nerd's wet dream with a main hall showing off all the various cars available for rent and car-related merchandise for sale, but also a mini arcade with racing games like Initial D and even a Reflec Beat rhythm game cabinet straight from Japan. The Japanese-themed murals and vending machines containing snacks from the Land of The Rising Sun further heighten the atmosphere. 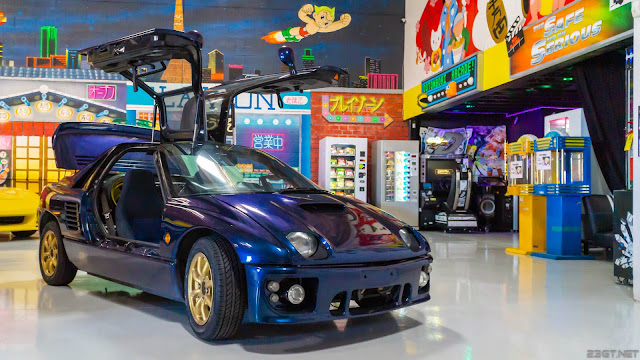 Note that I didn't get any sort of promotional consideration or financial incentive to promote RentJDM. I paid for my ride-along in the Hako just like any other customer so when I say it's a great place that's worth checking out, I mean it!

Since I just got back I haven't had time to prepare much yet but I'll be posting a lot more stuff on RentJDM in the future after I finish my ongoing Show or Display import guide - in the meantime here's a quick video as a taste of what it was like there: