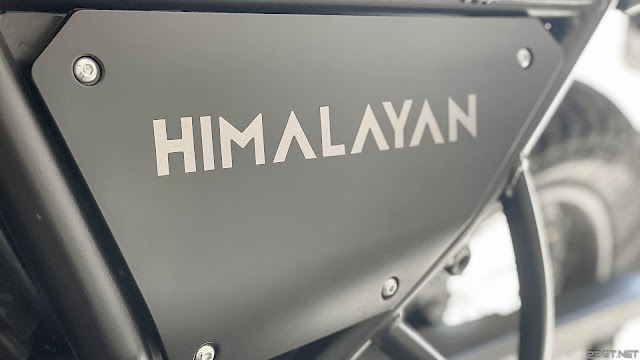 Frequent readers of the blog may recall that aside from being a car nut I also love vehicles of the two-wheeled variety, both the type that have their own engine to provide the power and the ones that rely on yours truly to provide the motivation...very, very slow motivation.

In addition to my GT-Rs I've kept one motorcycle in the stable for 15 years now - my beloved 2006 Suzuki GSX-R750. As awesome as a GSX-R750 is, it's not exactly a bike suited to just pootling around town running errands or long rides to far away places. You can certainly do it but there are better tools for the job. Logic like that is why we don't use chainsaws for brain surgery or poison ivy leaves to wipe our butts.

Because I've been so busy with my cars and other hobbies motorcycling has been on the back burner for me for quite some time but recently I've had a hankering for a second bike. This weekend I finally bit the bullet! Enter my new 2021 Royal Enfield Himalayan! 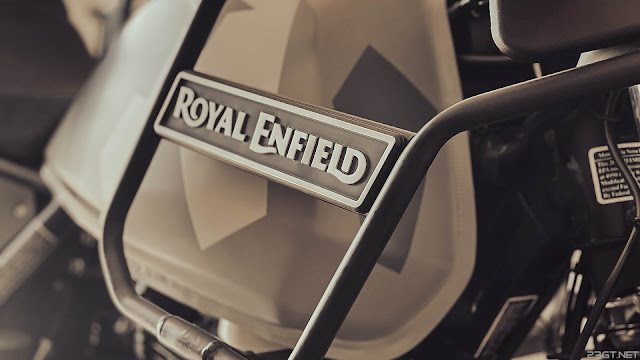 If you're not into the motorcycles, or even if you are, you're probably asking what in the heck a Royal Enfield Himalayan is. With a name like that it probably sounds like some epic machine built with the finest technology of the Monarchy and intended to conquer deserts, mountains, and everything in between while keeping the rider continuously supplied with tea and scones.

Royal Enfield certainly originated in Britain but the parent company sadly fizzled out in the '60s like a lot of icons from the old empire. Enfield India however soldiered on and kept building motorcycles for the former colony and after a trademark dispute eventually inherited the classic Royal Enfield name. So, yes, it's an Indian bike. 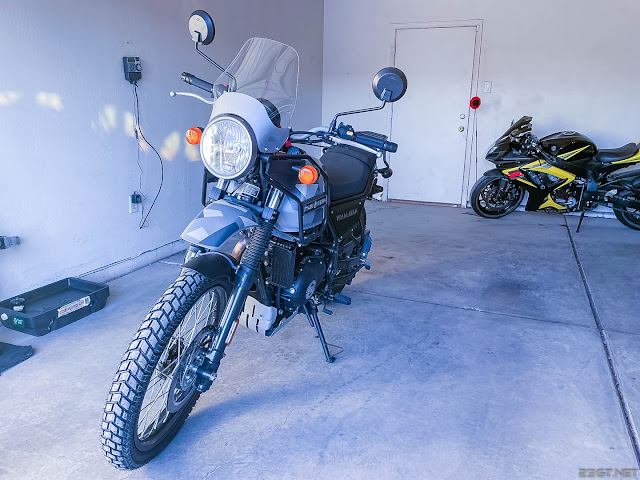 Don't sell it short though just because it's not from the Land of the Rising Sun or built with Italian passion, German precision, or American attitude (with price tags to match!). India has come a long way in quality manufacturing and engineering and in the hands of many courageous riders this bike has crossed continents and conquered a lot of gnarly terrain despite its meager price tag! Also despite having just a single cylinder and a humble 24 horsepower the Himalayan offers gobs of ground clearance and plenty of low-down torque to get you where you're going...as long as you're not in too much of a hurry! 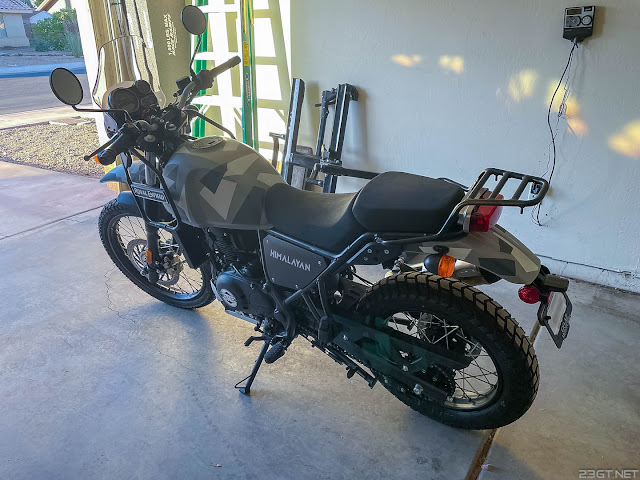 It's a handsome bike too that certainly doesn't look like it's built to a very small budget. I've gotten a lot of compliments already on the retro adventure bike looks.

But best of all, it's just such a cheerful thing to ride. It's the farthest thing from a sportbike's frenetic pace or riding position and it doesn't cause car drivers to give you the side eye like a Harley or other cruiser would.

The Himalayan's value, dependability, quality, and all-around fun have won a lot of praise from motorcycle reviewers and the dang things are selling like breakfast flatbread. I really had to haggle to get a decent deal on mine but I'm glad I did because I'm looking forward to many happy miles tooling around on my early Christmas present.

GT-Rs will always be my favorite form of motorized conveyance though so thanks for reading this little side note and I hope you'll keep coming back for more stories from this crazy car nerd!

As always, drive (and ride) safe everybody!