Signs of Life at Nissan

It's been a tough year or so if you're a die-hard Nissan fan. Between the crazy management scandal that saw once-revered Carlos Ghosn kicked out for alleged financial indiscretions and the massive drop in the company's quarterly earnings (in the midst of a generally bad season for the car industry in general) there's been plenty of bad news about the company to go around.

A key reason for Nissan's horrible financial performance of late is its aging and lackluster lineup of cars, a problem that as an enthusiast I felt compelled to write about before.  It's hard to maintain enthusiasm for a company's products when they seem to let them wither on the vine with little support.

I've been a Nissan fan since I could first drive - I learned how in a Nissan Sentra, my first car back in the Philippines was also a Nissan Sentra, and our whole family owned a succession of Nissans back there. When I came to the States my first car here was a 2002 Nissan Sentra SE-R Spec V that I later traded for a 2005 Infiniti G35 6MT coupe which then gave way to the 2010 R35 GT-R I still currently own and absolutely love. Seriously, I love Nissans but I'm not some jaded fanboy who'll gloss over it when my favorite car company is obviously jumping the shark - so it's been a disheartening year or so seeing Nissan pump out one warmed over or disappointing product after another. Don't even get me started on the travesty that is the Nismo Sentra - no, seriously, don't get me started or you'll experience a tide of vitriol and contempt unheard of since the Salem Witch Trials.

The management scandal, collapsing profits, and lackluster product line have all combined to make the common pundit predict the imminent collapse of Nissan. Honestly the problems are Nissan's own making so I won't go to any fanboy defense of them. Objectively looking at the situation though the predictions are probably just the usual internet negativity and to paraphrase Samuel Clemens "the rumors of Nissan's death are an exaggeration".

Nissan still sells a shitton of cars, they aren't overburdened by massive debt having enjoyed many years of tidy profit before now, and they haven't had to deal with anything as utterly damaging as VW's Dieselgate scandal or GM's ignition switch fiasco.

And now thankfully, Nissan seems to be on track to fixing that core problem of simply not having cars people actually want to buy. 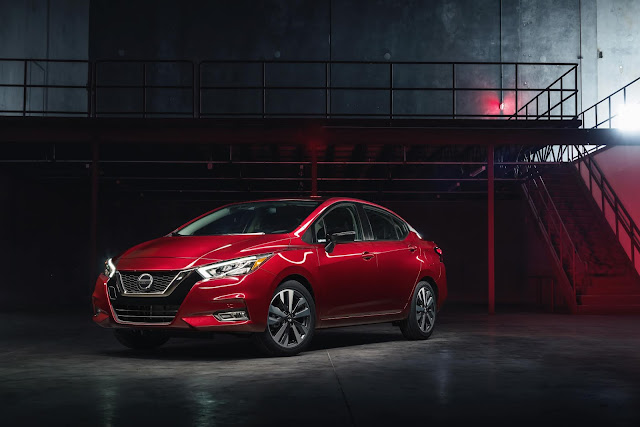 Ford and GM may have decided sedans are pointless now in our current SUV-crazed times but cheap gas isn't guaranteed forever (a harsh reality Californian's are already facing as prices there are already over $4.5 a gallon) and there will always be a place for a practical, efficient, and small people hauler. That means Nissan is sticking with small sedans and recently released the 2020 Nissan Versa to the market. No, it won't light your briefs on fire with lust and desire but it's a good, solid car that's good-looking enough to not necessitate a Halloween mask as a dealer-installed option. I've been in it and it's a massive improvement over the smoking pile of I-don't-really-have-words-for-it that was the old Versa sedan. Car and Driver even used the word "regal" to describe it - and that's not because they were comparing it to a Buick. I wouldn't expect Queen Elizabeth II to trade in her Range Rovers for one but it just shows how much nicer a car it is. 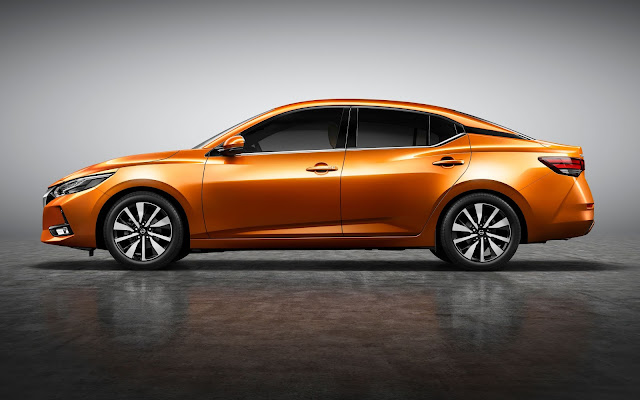 In the next few months Nissan should also be announcing the new Sentra, based on the new Sylphy that's already been released in China. The styling still can't be described as gorgeous but it's more than presentable and a big improvement over the frumpy current model. Besides, Sentras have never been the best-looking examples in their category but the best ones have had decent styling combined with a fun factor well beyond their innocuous looks. Test mules have already been spotted driving around with a six-speed so hopefully this bodes well for a proper Nismo or Spec V version with more than just suspension tweaks and a shiny badge. More like the '91 Sentra SE-R please Nissan, not the '19 Nismo. 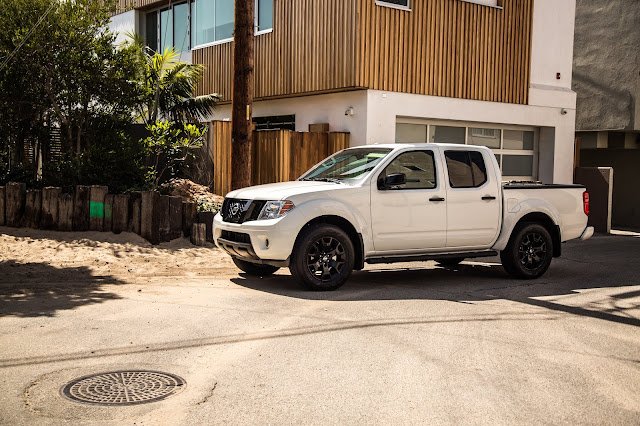 Oh, and FINALLY, after enough time has passed that Robert Downey Jr. has gone from one of Hollywood's most unloved stars to their current biggest one, Nissan has confirmed it's bringing us a new Frontier! Motor Trend has it from one of their top product planning executives that it will be announced next year and "is a priority." About damn time considering Ford, GM, and Toyota all seem to have realized the mid-size pickup segment is a big deal since full-size trucks are now large and ungainly enough to swallow collapsed stars in their cargo beds. 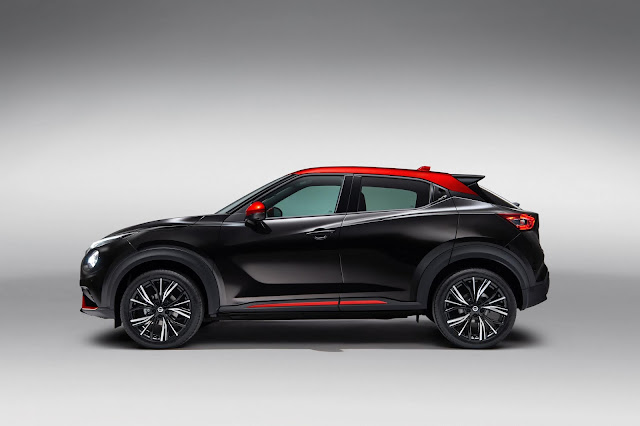 Over in Europe Nissan has released a new Juke. Now, I know some of you hate the Juke for its weird looks. I actually quite liked it. It was fun to drive, zippy, and quite throwable, even on an autocross course where you wouldn't expect to take it normally. As for the styling, it wasn't conventionally pretty but it was certainly distinctive and enjoyed far more personality than the anonymous lozenges most crossovers look like nowadays. Ironically, just as the competition introduced more aggressively styled rivals like the Toyota C-HR and people got more used to styling quirkiness, Nissan got rid of the Juke for the plain jane Kicks. And now the new Juke has not been confirmed to be returning to the States despite its improved exterior. Um, Nissan, the Kicks has not sold better than the Juke. Just give us back something interesting, instead of what we have now that has all the excitement of swallowing a pill of Valium.

Hopefully the best sign of all for enthusiasts is this:

Nissan recently confirmed that a new Z is well underway and even described the design as close to being finalized with a planned reveal as soon as next year. Expected to be called the 400Z, test mules have been spotted at the Nurburgring, and Nissan has described it as an "emblematic car" signifying it's a priority.

So there you have it. Nissan seems to be getting its mojo back. It'll be some time yet before we really see if this trend continues but as a long-time fan I sincerely hope we see Nissan get back to it's heyday!