Halloween Itasha 2020: 'Cause This Year Hasn't Been Painful Enough!

Ha! I bet you thought this year I wouldn't put up my now-traditional Halloween post about that wonderful intersection of car and geek culture known as itasha since I'd already posted once today! Uh uh, it wouldn't be a tradition if you didn't keep doing it regardless of circumstances so this year despite all the crap that's gone on and the fact that Halloween will be celebrated very differently by many people due to you-know-what I decided I had to keep some normalcy alive by continuing my annual celebration of something not-so-normal.

If you've read my previous posts on itasha you'll already know they're cars gayly decorated in wraps of anime and video game characters and that the name literally translates to "painful car" because of how painfully embarrassing regular people think they are. In previous years I've shared photos I've taken of itasha I've encountered at anime conventions or car shows but events like that have been thin on the ground this year for reasons you'll already know unless you've been stuck on a deserted island with only a volleyball for company. As a result of that this post will be a relatively short one just including a few photos I found amusing sourced from this wonderful font of weirdness we call the internet.

First up since this is a Nissan blog is this ER34 Skyline with a very interesting front bumper. I mentioned in last year's Halloween post that R34 sedans seem to be a somewhat popular choice for itafication and this example shows that trend still continues. 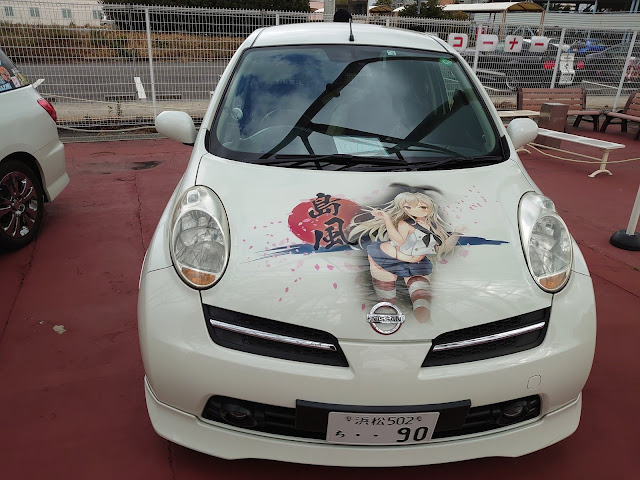 A bit more understated in both the choice of car and the graphics is this Nissan March with Kantai Collection mascot Shimakaze. 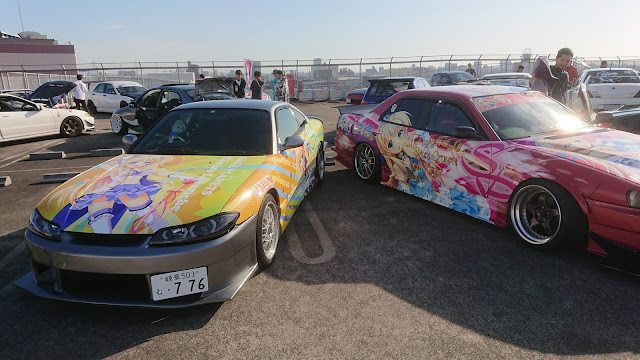 Another ER34 shows up here but with an S15 Silvia for company. Both desirable cars and both still forbidden fruit in the US of A so this photo is painful in more ways than one. 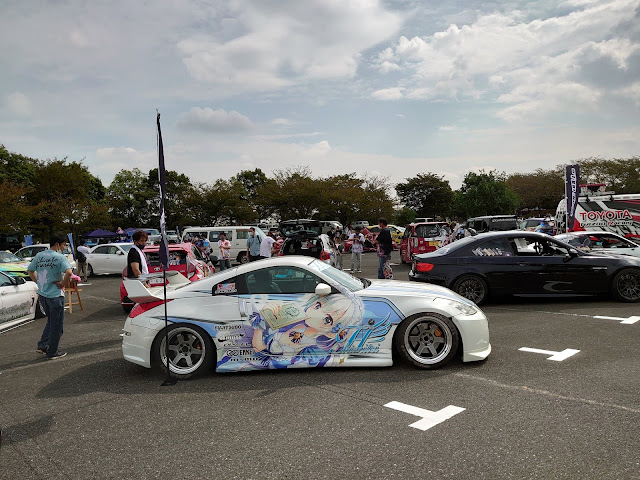 The Z has always been known as the Fairlady in Japan so it seems fitting that anime fans would decorate them with their favorite fictional fair ladies. 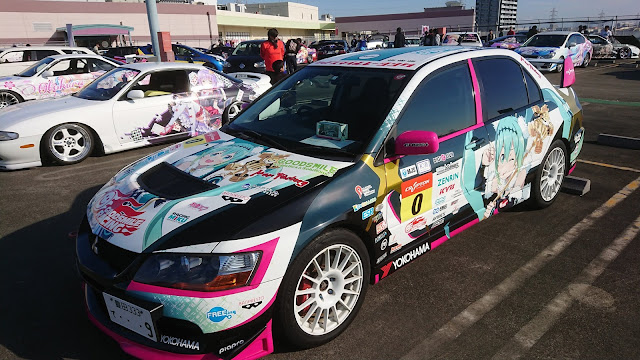 Nissans of course aren't the only ones to get lavished with this kind of attention. Lancer Evos are popular choices too. This one at least has a racing inspired livery that's copied off of the 2018 Goodsmile Racing Super GT race car. 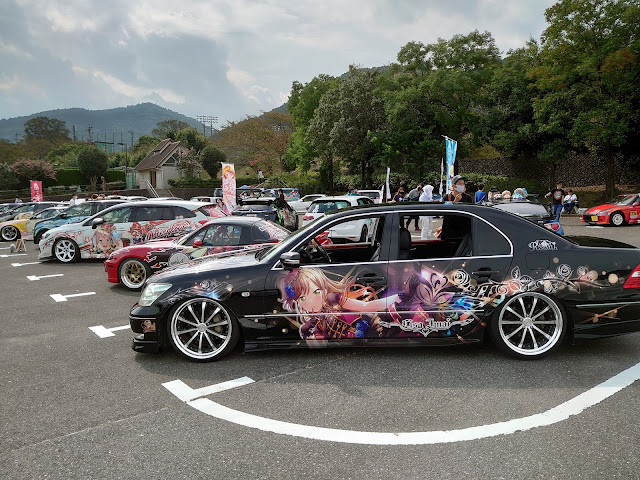 Another non-Nissan car but I just liked the unique graphics and VIP treatment on this Toyota Celsior - a.k.a. the Lexus LS in our neck of the woods. 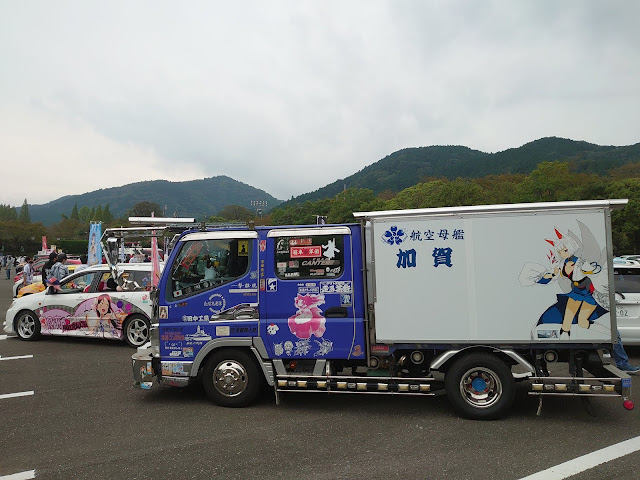 All of these random itasha are vehicles I happened to find amusing and this one is no exception combining two uniquely Japanese forms of car culture: itasha and dekotora. The dekotora  name is derived from Japan's love of contracting two words to come up with a new name - in this case decorated truck or deko-reted tora-ku.

The Hakosuka name for the first generation of GT-Rs came about because of similar wordplay in case you didn't already know. Since the shape of the sedan was fairly boxy it was called the "box skyline" and with hako being the word for box in Nihongo it came to be known as the hako suka-irine. 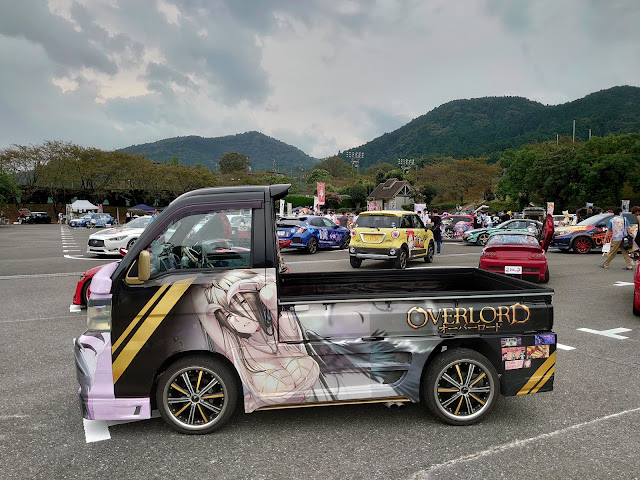 A much cuter itatruck or itatora is this one. A Daihatsu Hijet kei truck seems like an odd choice of canvas for an anime like Overlord which delves into dark fantasy at times but leave it to the Japanese to cutesify anything and everything.

Well, that's it for this year's traditional Halloween post. This is a challenging time to celebrate a holiday so if this post brought even a little bit of amusement to you then it was one worth writing! Stay safe out there!