A couple of weeks ago I was able to take my R35 to my very first half-mile event. Although I've done numerous trackdays, straight line events weren't really something I was interested in but I figured with all the mods to my car I should give it a try just to see what it was like.

So early on Saturday, October 3rd, me and my friends rolled into the little town of Gila Bend, Arizona. Gila Bend's main claim to fame is that it's a logical stopping point when you're driving between Phoenix and Yuma or San Diego. There's not much to the town although it does have the Space Age Diner which has a UFO perched on top and the outdated welcome sign proudly states the town has a population of 1700 and 5 old crabs. Hopefully the crabs are the seafood kind. 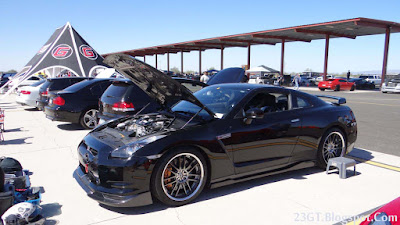 Oh, and it also has a municipal airport which was our destination that day. Since late last year Omega Motorsport Events has been putting on half-mile events at Gila Bend Municipal Airport under the title No Fly Zone Arizona and this was the third iteration. Runway events ranging from half to two miles long are gaining in popularity now and in case you've never been to one the formula is simple. You drive down the runway (closed from flights of course) and from the start of the timing zone you go flat out and try to reach the highest speed you can in the allotted distance - in the case of this event a half mile. Depending on the event cars will start either from a “dig” - a standing start, or a “roll” where the car goes a certain speed until the timing line and then you whack the throttle wide open.

The events can range from just for fun occasions with fairly laid back rules to full bore competitions where tuners and hard-core enthusiasts will bring their biggest guns to reach speeds in excess of 200 mph and get the bragging rights as the fastest things on four wheels.

Because No Fly Zone is meant to be done for fun the rules are more lax about the runs. Rolling starts are the norm but they'll let you do a dig if you advise the course workers. You can run against whoever you end up beside or organize your own little race but most important of all you can run as many times as you want as long as your car holds up.

Since this was my first time participating in a runway event I started out the day conservatively with my first two runs in my lower two engine maps. I had also decided to just run pump gas rather than go to the trouble and expense of getting race gas and using the race gas maps. Happily the first two runs went well with my low boost map putting me neck and neck with a 500whp Camaro and my middle map was par with a modded 911. It took some adjustment though to get used to the rolling start – I was paying too much attention to staying level with the other car at the timing line especially on my first runs.

Assured that my car was running well, it was time to turn it up to 11 – or actually just 3 since my high boost map was third in my car's software queue. After swapping passengers – No Fly Zone allows one passenger as long as they sign a waiver and wear a helmet – it was time to see what the full DEFCON 1 setting was going to be like. That run turned out to be a lonely one as a private arrangement by one of the cars in front of me with another owner meant I blasted down the runway solo. Having no rival car shouldn't make you drive any slower though so in the end my GT-R sailed off to a 165 mph trap speed. Not bad for a novice driver running weaksauce 91 octane.

The rest of the runs went pretty much the same with the most notable ones against three GT-Rs of various states of tune. Two were stockish I believe and as you can see from the video the difference was pretty sizable. One was a chrome-wrapped car from a Phoenix tuning shop which had a similar state of tune to mine. Unfortunately that was a tough comparison since we started different ways on our run.

The other unfortunate thing was that the day turned out to be hotter than we would have liked so after giving my friends some rides that I had promised them I decided to stop running early and just spectate the rest of the day. The R35 ran flawlessly throughout, a testament to the good work TopSpeed Motorsports put into my engine build and the reliability of my ShepTrans upgraded transmission, but it was just too hot for me to see much point in putting extra strain on my beloved GT-R.

Overall, it was a fun time even for someone like me who's not really a straight-line guy. To be honest 165 on a runway is a pretty uneventful thing in my GT-R and is far less nerve-wracking than say doing 150 on the banking at Auto Club Speedway but it was still a great time. Quite a few old friends from both Yuma and other parts of Arizona showed up – which is why I kept having to swap passengers – and I made some new acquaintances. Even just spectating and walking around the paddock was fun with so many interesting cars on display, from the expected to the exotic with some real oddballs in the mix as you'll see in the photos. Omega Motorsports made it a newbie-friendly event and it's definitely something I wouldn't mind attending again whether to drive or just simply spectate, although next time I hope the weather cooperates more.

Here are some photos and a video for your perusal (warning: weirdness ensues during the video): 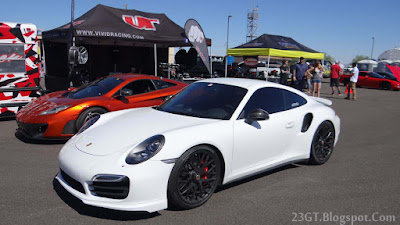 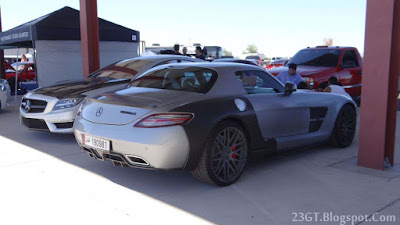 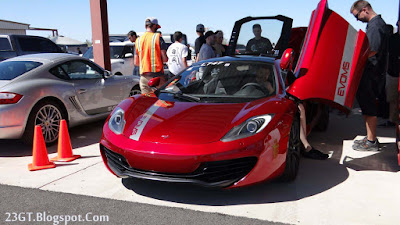 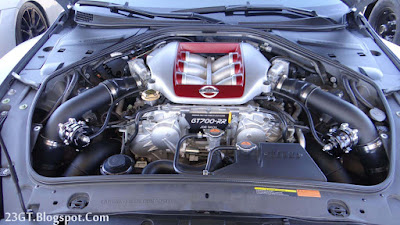