The Help Desk Part 1: Where To Go If You Need Assistance With Your R32 Skyline 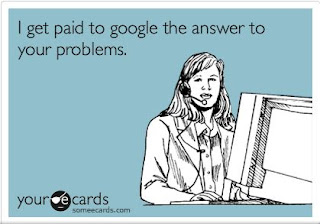 As I've mentioned before, I started this blog because when I bought my R32 GT-R there wasn't a lot of info out there for owners of these cars in the USA. There weren't a lot of owners yet at the time, let alone anyone posting about their experience and sharing the knowledge they've gained. Since getting my Nismo I've learned a lot about these cars, sometimes simply out of curiosity and sometimes out of necessity – having your engine decide to be uncooperative kind of forces you to learn more. Some of that knowledge has been gained from books and magazines but I've also been lucky to have gotten in touch with some great people who are knowledgeable about these matters. I realize not all owners are so lucky to know anyone personally to provide such assistance so where can you turn to for help if you're left to your own devices? So that you aren't left in the dark like an import car owner whose eBay HID kit just decided to burn itself out at Oh Dark Thirty I've compiled this list of resources. I've titled this as Part 1 because later on I'll do a second post with resources for the R35 owner – the situation for the latest-generation GT-R is much better of course in terms of getting help but its still good to know where to go just in case.

The internet has been the single greatest blessing for the dedicated gearhead in modern times. It doesn't matter if you live in the middle of Los Angeles with millions of other car owners or in the deepest armpit of Buttcrack, USA, as long as you have an internet connection you can find other like-minded car nuts that can probably help you out. Hey, you wouldn't be reading this if not for the interwebs right?

Here in the US there may not be a large community of owners knowledgeable about the ins and outs of the Skyline yet but in other parts of the world there are groups of people who've been lucky to have these cars for years. Going to online forums is one of the best ways to get the info and assistance you need and I'm personally hugely thankful to these forums I've listed for the help and knowledge I've gotten from them. You may have already been to these forums before and that's how you've found this blog – I'm often on them under the handle of “GSX-R35” so if you want to get in touch with me that's another way to do so besides posting comments here. Not all the info on forums is legit of course so always have a critical eye and do a lot of homework so you learn as much as you can before doing anything with your car.

Although my aim with this blog is to share with you as much well-researched and varied info about Nissan, GT-Rs, and Skylines as I can, one person can't possibly know or share everything there is to learn about such a storied company as Nissan and a historic badge like the GT-R. It's a good thing therefore that there are other blogs out there sharing information as well.


I hope this list proves helpful to all of you Skyline owners out there or even if you don't own one yet then hopefully it provides you with some good reading. Feel free to post a comment if there's another site you think is worth adding to the list and I'll check it out for inclusion. Of course, if you need help you're also welcome to post a comment on my blog or contact me at 23gtblog(at)gmail.com and I'll try to lend as much assistance as I can.