Today I have a special treat for all of you, we have the first of a series of guest posts from John Burbano, proud owner of a recently imported and very clean Calsonic Blue R32 GT-R modded by Garage Active in Japan. He wanted to share his experiences with the car so I hope you’ll give him a warm welcome! (And his contribution came just in time since my squad of writer monkeys just went on strike because I ran out of bananas, so I needed some copy to fill the void. I tried to bribe them with some Skittles instead but the damn dirty apes just started throwing their crap at me. Off to the grocery store I guess…) I’m sure you’ll find the adventures of another R32 owner aside from me very interesting - especially since his car, unlike mine, actually works currently lol. 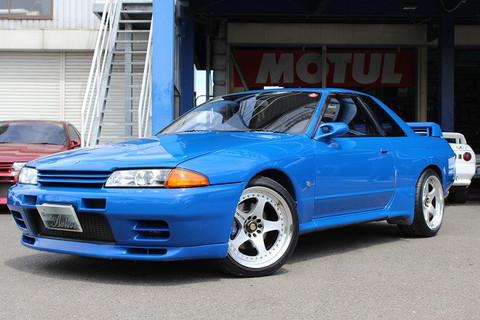 It was early December, and me and my girlfriend were a few weeks away from a trip to Japan when I got the brilliant idea to rent a GT-R while over there. I figured if I was going to be in Tokyo for two weeks, I should try to get into the automotive scene as a participant rather than an observer. What better way to do that than in Japan’s flagship sports car? That’s how I found myself searching for a rental GT-R and trying to navigate a maze of mistranslated Japanese websites and service reps with a less than stellar grasp on my native tongue. After a particularly irritating exchange, I explained to my girlfriend what I was dealing with. Her solution, encapsulated in the words above, was something that you could really only dream of as a car guy.

After quickly explaining to her why we could not buy a new GT-R in Japan, I pitched the idea of buying an older Skyline GT-R instead (Why don’t Japanese car companies have an international delivery program like the European makes?). She was initially hesitant due to the age of the vehicle and the prospect of buying a used car, sight unseen, in a foreign country. I quickly assuaged her fears and began searching for a suitable Skyline, and learning exactly what I needed to do to legally import the car.

My initial search turned up a smorgasbord of different opinions on how to import a used car, what is legal and not, what paperwork is necessary, etc. I decided to go directly to the source and pulled up the regulations from the NHTSA and EPA. The regulations were quite in depth, and very open to interpretation. Not being a lawyer, or wanting to risk losing my car, I decided to search for an importer to deal with the bureaucracy. The decision to go with an importer rather than an exporter came down to protections. With a US-based importer, I would have the full protection of the US legal and financial systems behind me.

On 4 December, after searching for a few hours and contacting a few companies, I was emailed by GTR Garage following an inquiry. My original query was based on the idea of me finding my own car in Japan, and then having GTR Garage deal with the export/import issues. Kunio from GTR Garage was extremely informative and helpful in guiding me in what I needed to do to go down this path. However, after keeping an eye on GTR Garage’s inventory for a few days, a couple of cars which caught my fancy popped up. The first was a mostly stock Global Auto June 90 build R32 in the standard graphite. It met all my requirements, coming with a stock engine and body, but with upgraded suspension and sitting on some nice TE37s. I began discussion on this car with Kunio. Unfortunately, someone bought the car right before I was going to pull the trigger on it. 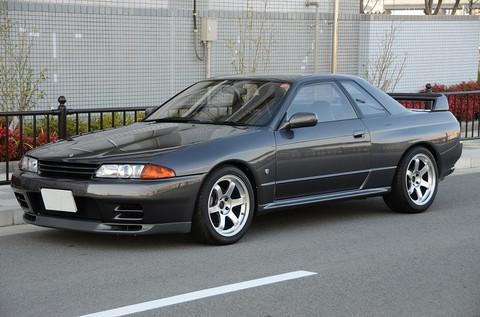 The next car on my radar was the Garage Active Calsonic blue (Championship Blue) October 90 build GTR. I was originally reluctant about this car due to the upgrades which seemed focused on the front end of the car. It had an upgraded intercooler, radiator, and a new power steering rack. This, combined with the color change, had me concerned that the car was a repaired front end collision. GTR Garage assured me that the car was never in an accident. I researched Garage Active and the car on their site. According to G-Active`s listing it also had a rebuilt engine. G-Active had a solid reputation in the industry which persuaded me to think about the car seriously. 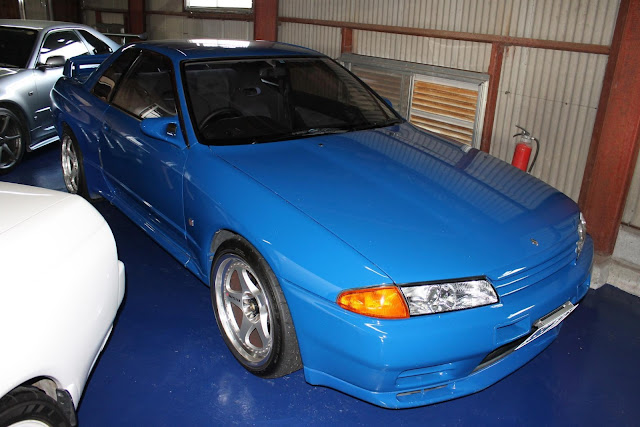 After much deliberation, and a lot of correspondence, I decided to buy the car, and was anxious to get the process started. I did not want a car to get bought out from under me again. I made it clear to GTR Garage that when I purchased the car, I intended to drive it while I was in Japan. GTR Garage assured me that as long as the car had a current Shaken/JCI (registration and insurance), that it should be no problem to coordinate the delivery of the car while I was in Japan for me to cruise the streets of Tokyo (more on that in part II). I was antsy to pay for the car, which manifested itself in me constantly poking GTR Garage to get me an invoice. To their credit, they would not send me an invoice until they were able to provide me with more detailed images of the car. GTR Garage had an employee who was heading to G-Active to finalize the purchase of the car and check out their collection of GT-Rs. He took detailed pictures and video, which Kunio shared with me via Google Docs. The pictures contained evidence of all of the minor issues the car had. A couple of chips and cracks in the paint, a small leak from the differential, and some spider webs in the wheel wells. Overall, the car was in great condition as advertised in the original listing. 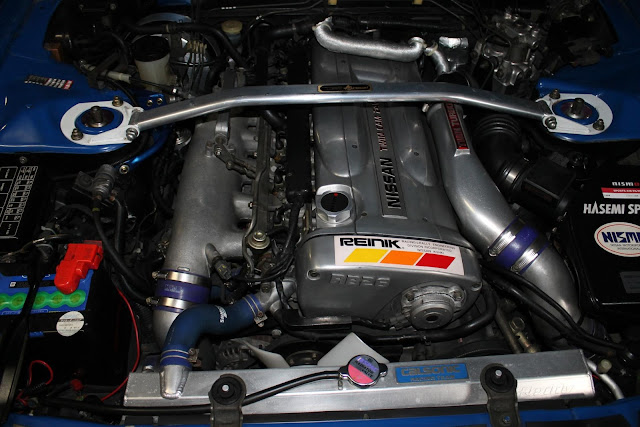 I emailed Kunio and Richard at GTR Garage expressing my satisfaction with the car. It took them only a few hours to finalize the invoice and send me the request for payment. The original invoice only asked for the payment for the vehicle itself. There would be a follow on invoice for the shipping and other associated fees. On 14 December, at around 9 PM, I paid for and became the new owner of a Calsonic Blue Skyline R32 GT-R. 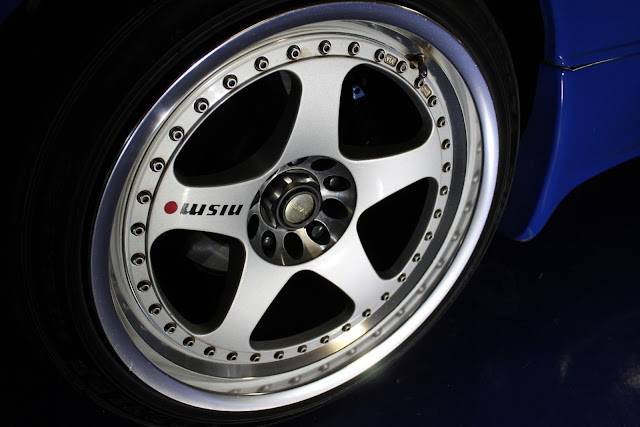 In Part II, I will detail the lead up to the trip to Japan and the trip itself, including receiving the car and taking it to the track.
Labels: Buying Calsonic Chronicles GT-R Guest Post Importation Nissan R32 R32 ownership Skyline